The 2022 EuroBeachVolley Winners and Underachievers

The 2022 CEV EuroBeachVolley was the highlight of the season for many of the 64 teams that competed for seven days last week in the 30th edition of the tournament at the iconic Königsplatz in Munich. The Königsplatz was the stage of exciting battles during the EuroBeachVolley

It was an exciting and highly-competitive tournament and, as it happens in every major sports event, while some teams left the German city proud and satisfied with their performances, others would certainly have hoped for a better result in the tournament.

It can’t get much better than taking gold in your EuroBeachVolley debut while giving your country its first-ever medal and still taking down the four-time defending champions, who seemed basically unbeatable entering the event, can it? The 20-year-old Swedish did all that and then some more, writing one of the most fascinating and unexpected chapters of the 30-year history of the EuroBeachVolley with their victory in Munich. 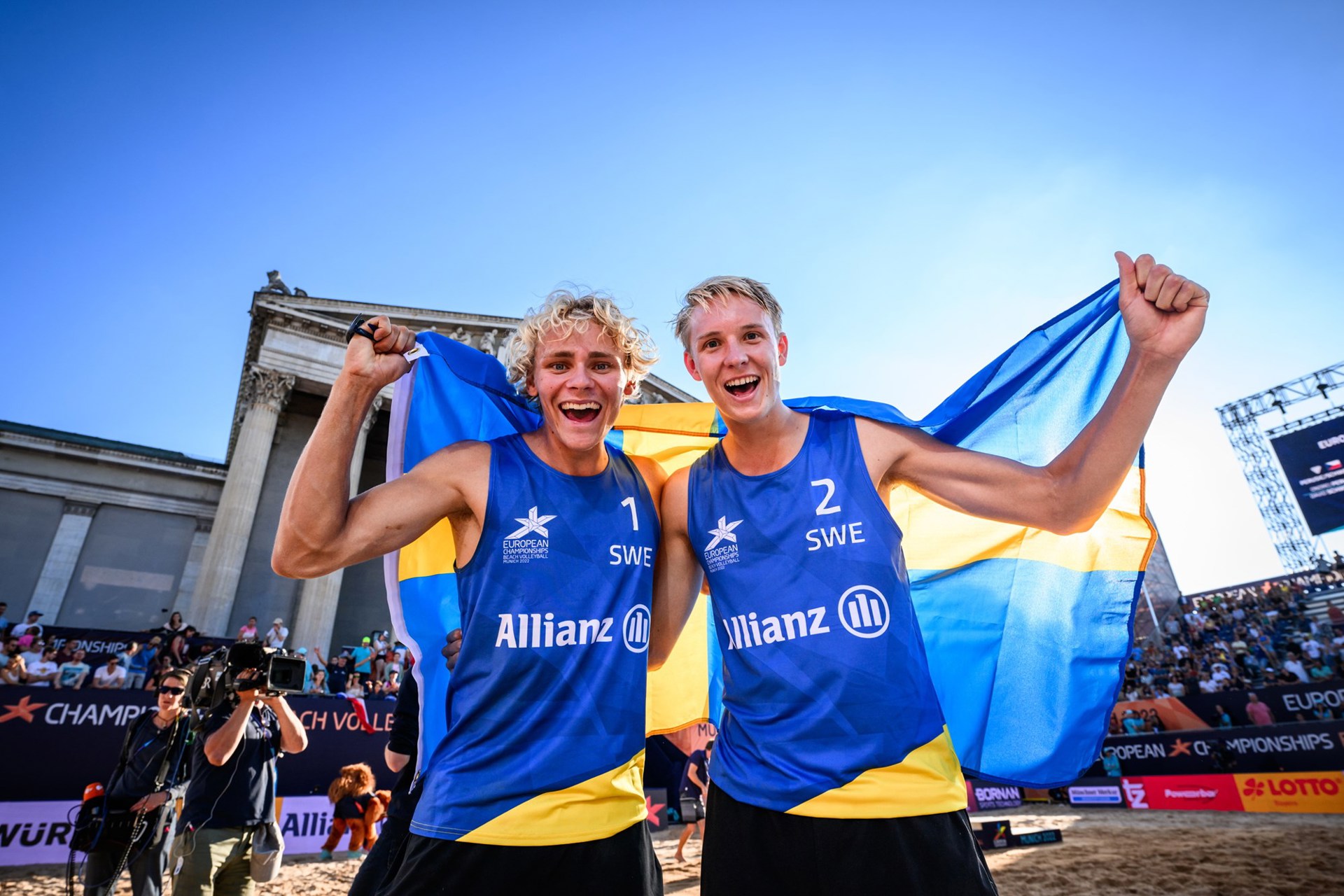 Åhman and Hellvig made history for Swedish beach volleyball in Munich

European women’s beach volleyball has been deeper than it has even been over the last few years and to win two out of four editions of the EuroBeachVolley is no small feat. The Latvians returned to the top of the podium after their 2019 victory with a campaign that left no doubts they were the best team on the sand in Munich and, after a 2021 season packed with fourth-place finishes, have every reason to smile.

The 20-year-old Spanish entered the tournament seeded 17th and had a remarkable and surprising run to the semifinals. They nearly got bronze in a closely-contested duel with Dutch Raisa Schoon and Katja Stam, who not long ago were the number one team in the world, and showed that they belong among the elite of the continent. Álvarez and Moreno had shown their quality at the youth level but adjusting to the level of play at the next level is not always easy and they did it seamlessly. 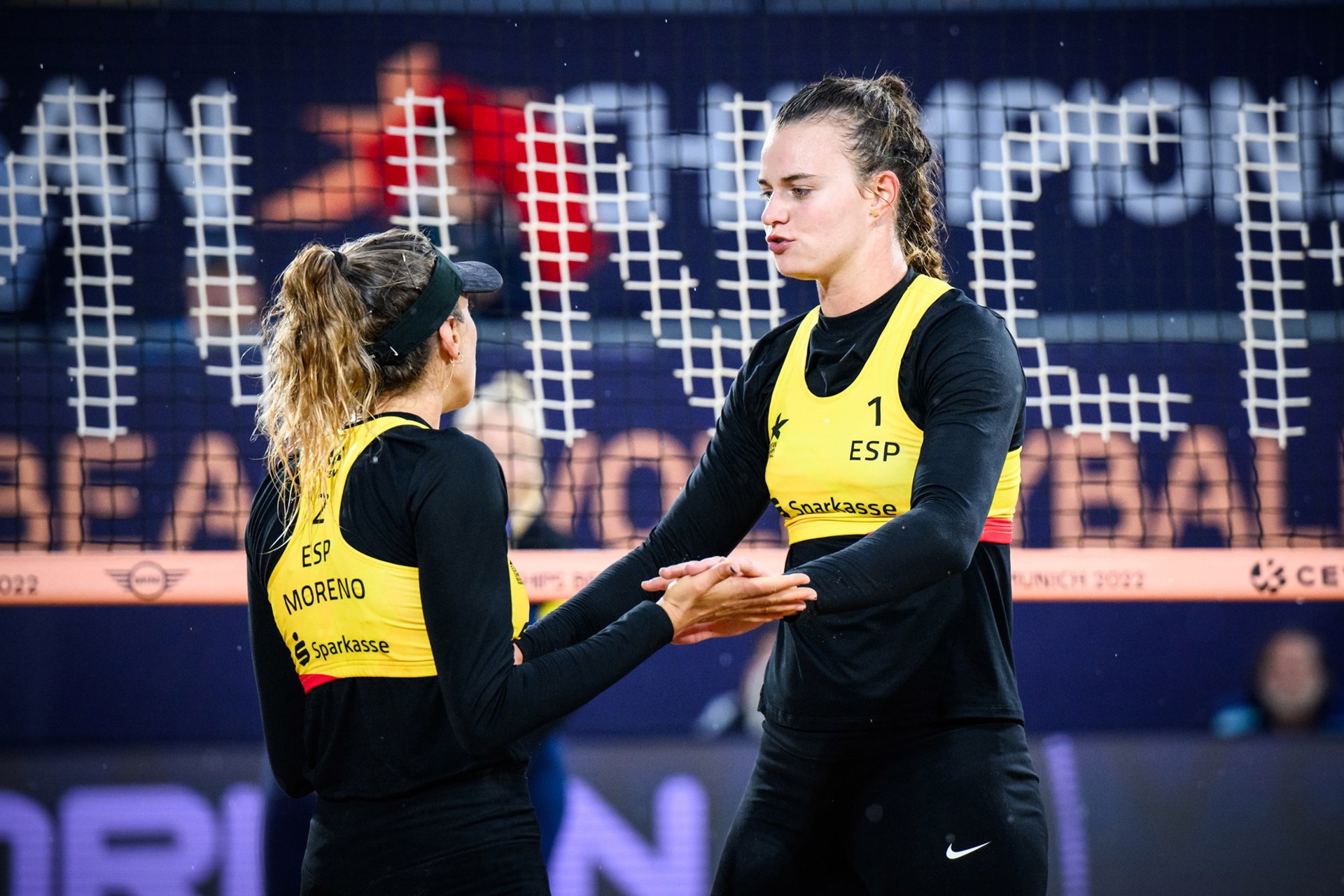 The young Spanish were certainly happy with their EuroBeachVolley semifinal appearance

Except for a semifinal appearance in their first tournament as partners, things haven’t gone as well as the Italian veterans hoped for when they joined forces nearly a year ago. It was not different in Munich as Lupo and Ranghieri were close to elimination in pool play, but survived in the tie-breaker only to be knocked out in the Round of 24 the next day. The 17th-place in Munich was their final act together as the two announced their decision to split right after the event. 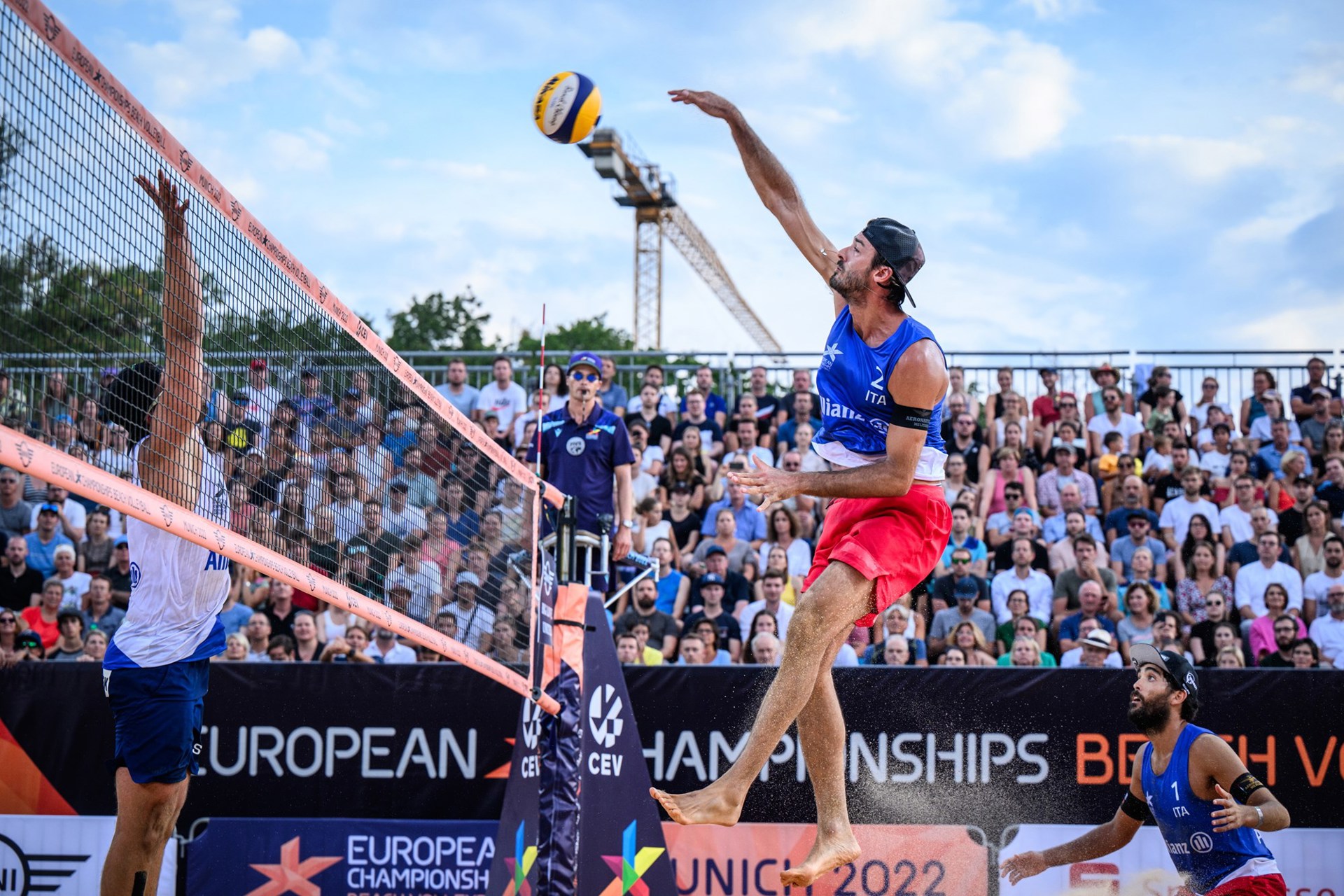 The Germans entered the tournament as the top-seeded team and on the back of a victory at the Beach Pro Tour and a bronze medal won at the World Championship. They represented the biggest medal hopes of the home fans but were one of the victims of Álvarez and Moreno in pool play. Müller and Tillmann could never recover from that upset and despite fighting until the end, fall in the Round of 24 to end the tournament with a disappointing 17th-place finish. 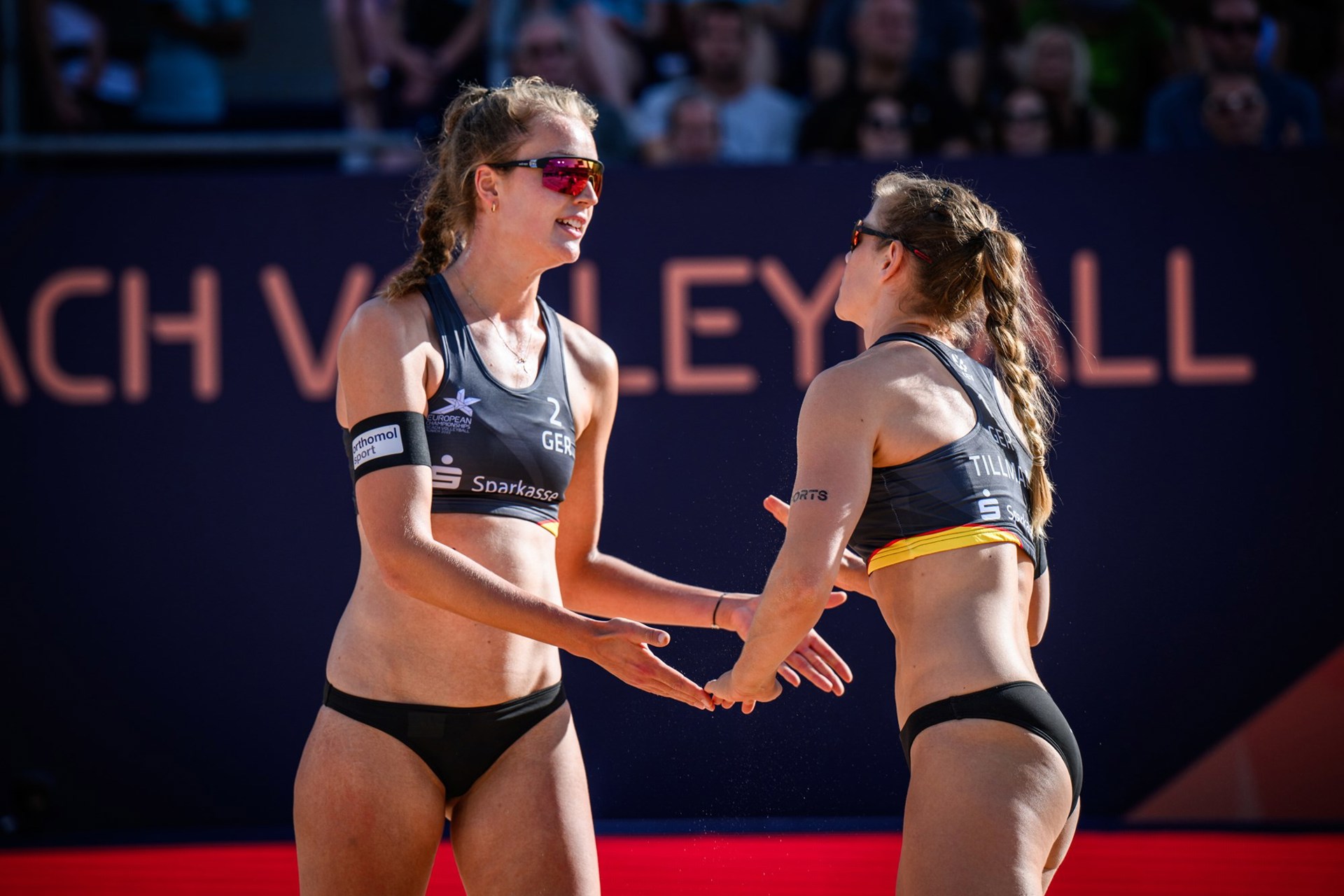 The Austrians entered the tournament fresh from winning a silver medal in their last Beach Pro Tour event, in July, but could never find their best rhythm. A surprising defeat to French Quincy Aye and Youssef Krou, who are not regular partners and only teamed up for the tournament, complicated things for the Austrians, who entered the second day of the event under pressure. Besides falling to Germans Lukas Pfretzschner and Robin Sowa and finishing 25th, the Austrians still had to deal with an injury to Ermacora, who broke his thumb when attempting a block. 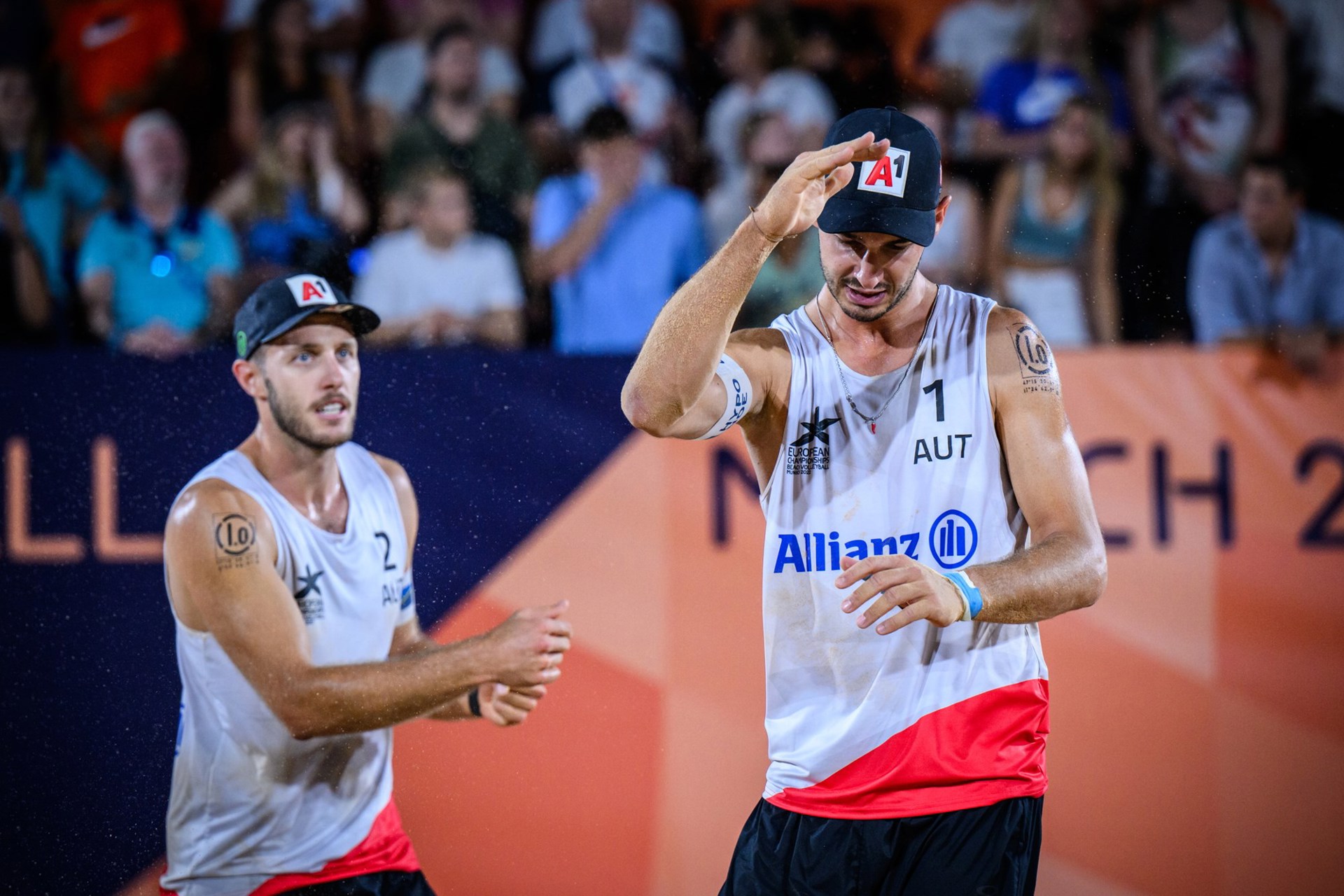 The Austrians left the event after just two matches