Moscow, Russia, August 7, 2019. As the battles in the pools are taking place in the women’s tournament of #EuroBeachVolley, the atmosphere is heating up and the athletes are getting more used to the courts, ready for the decisive battles from the last pool stage games that will take place on Thursday. On Wednesday, however, the big surprise came from the second consecutive win of Wild Card holders Frolova/Granenko, while the Youth Olympic Champions Mariia Bocharova/Maria Voronina also claimed a second victory, but had some troubles on their way to do so. Sandra Ittinger/Chantal Laboureur (GER), Joy Stubbe/Marleen Ramond-van Iersel (NED), Karla Borger/Julia Sude (GER) also kept on performing well in their respective groups. 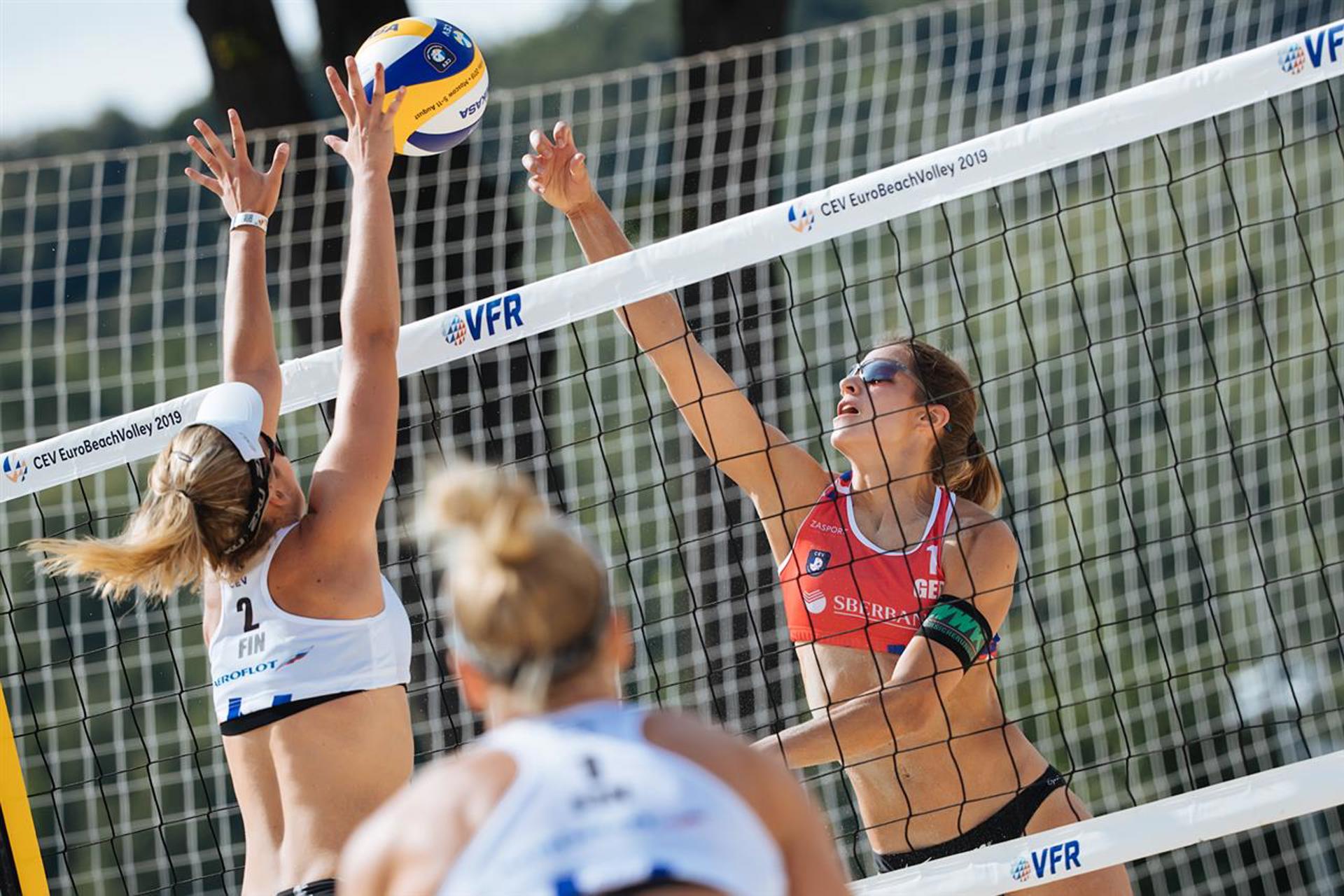 The day at Luzhinki Olympic Complex started with the matchup between Sandra Ittinger/Chantal Laboureur (GER) and Rikka Lehtonen/ Niina Ahtiainen (FIN). Both teams started on a positive note, claiming victories in their opening matches on Tuesday, so this clash was very important for the current standing in Pool E. The German girls emerged victorious from this match with a straight 2-0 (21-17, 21-18) win. The game was close in the second set as the Finns were trying to push harder and change the situation, but the German ladies managed to cope with the Finnish attacks.

We are happy that we have claimed our second win at the tournament, the weather is also getting sunnier. However, today was a little bit windier, but luckily we managed to cope with it. I think that the key element in our play was that we pressured our opponents with our services and the side out worked very well too. 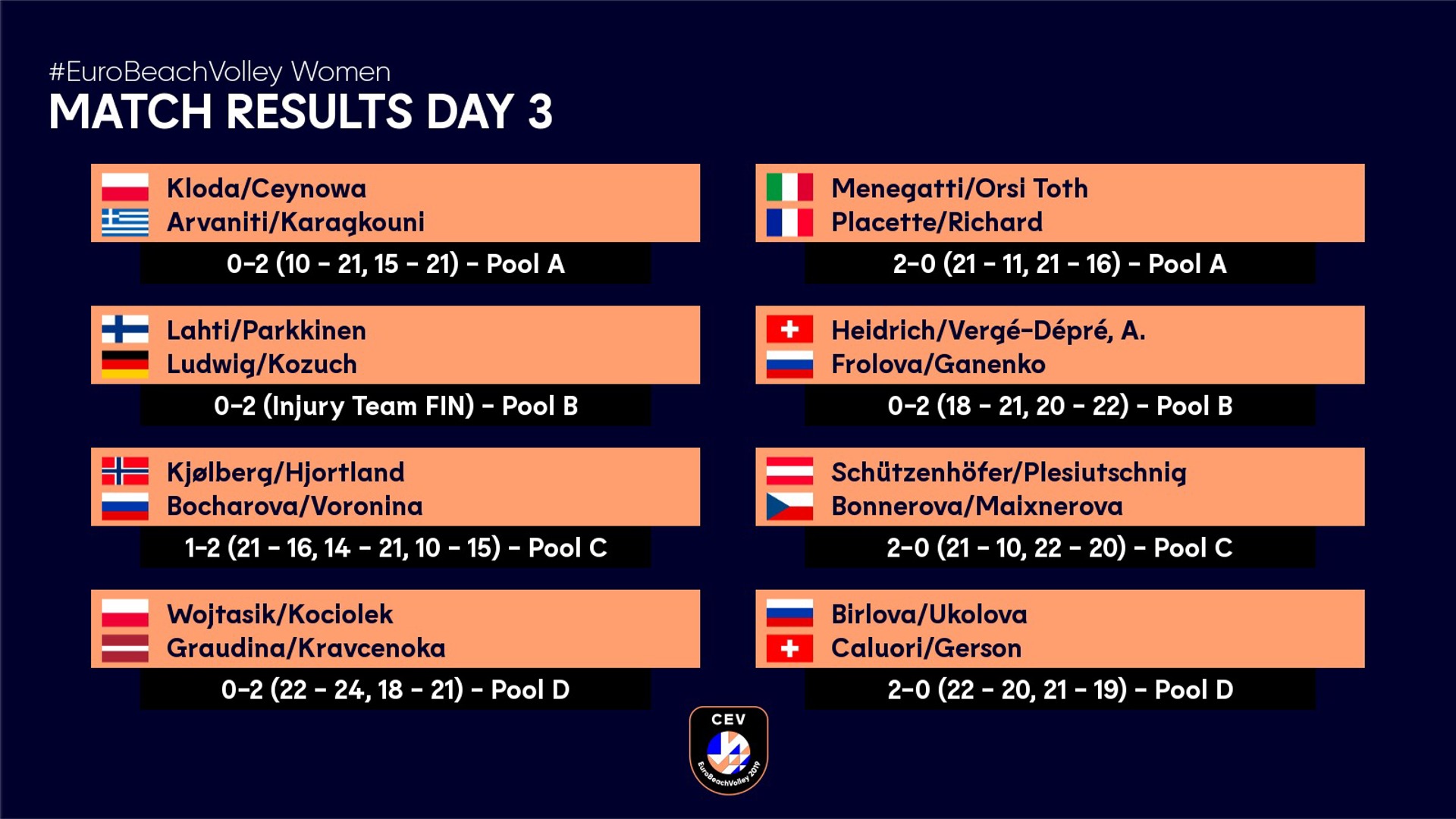 Voronina said that despite the victory they are very unhappy and upset with the way they played:”Our opponents are very strong and we were still very nervous. We will try to show our best game in the upcoming matches.” 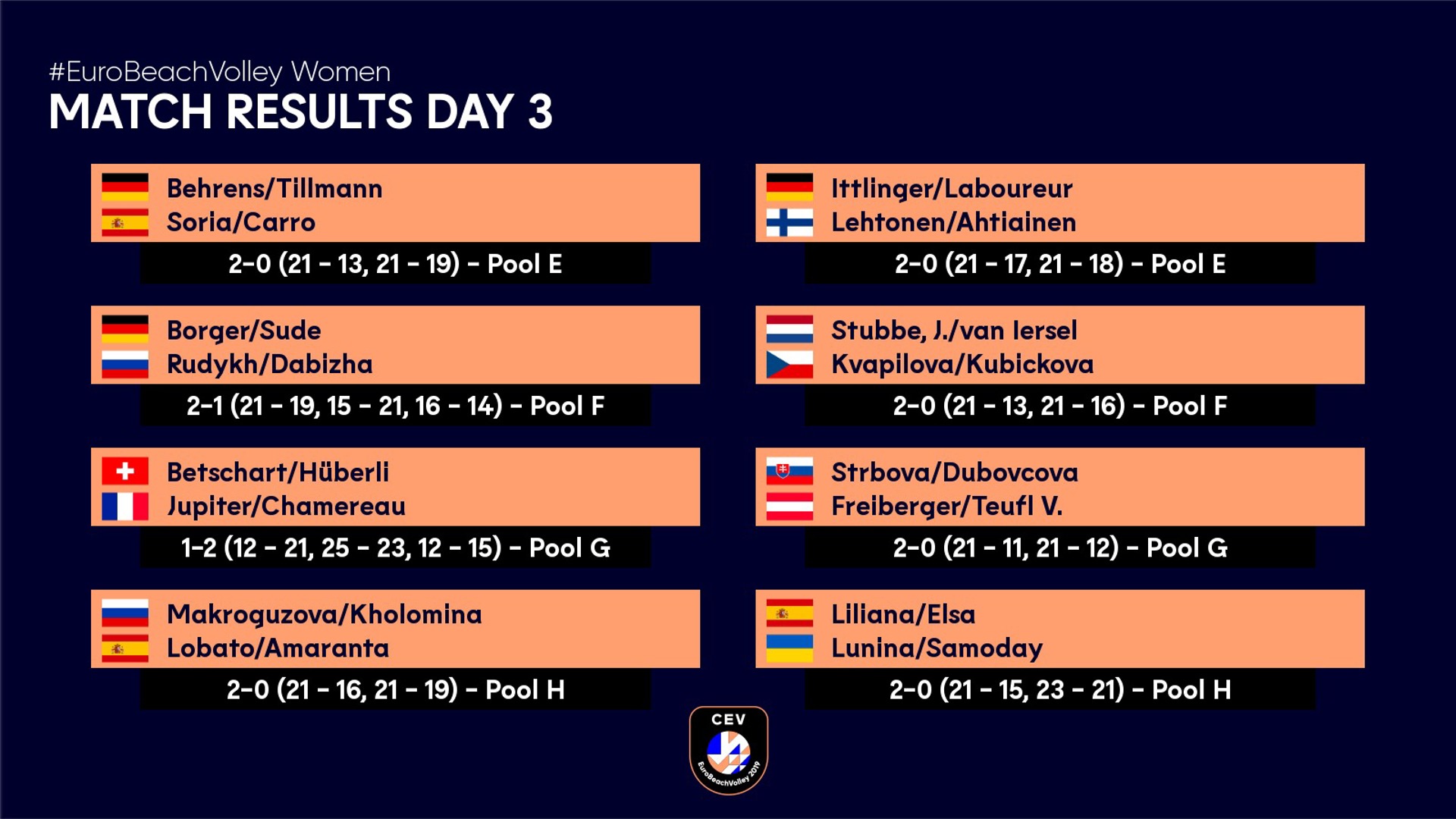 The Wild card holders Frolova/Ganenko keep on disappointing their rivals in Pool B as on Wednesday they outclassed another strong team Joanna Heidrich/Annouk Vergé-Depré (SUI), winning at 2-0 (21-18, 22-20). On Tuesday the Russian team grabbed the victory versus Taru Lahti-Liukkonen/Anniina Parkkinen (FIN) and this are now topping the charts in their group one day before this stage of the competition is over. In Pool F the Dutch ladies Stubbe, J./van Iersel continue with their good performance in Pool F after a second consecutive win – this time over the Czech Michala Kvapilova/Michaela Kubickova 2-0 (21-13, 21-16). Stubbe and van Iersel controlled the game and despite some attempts by their opponents, mostly during the second set, the team from the Netherlands finished the match on a positive note.

Joy Stubbe was happy after the win, but stated that the match wasn’t that easy as it appeared from outside of the court: “It wasn’t an easy game and we made it ourselves even more difficult. We had to give a lot of effort, to keep pushing and pushing and in the end we did so. There is one match left in the pool stage and then the tournament really starts. And at this point it will be “All or nothing!”” 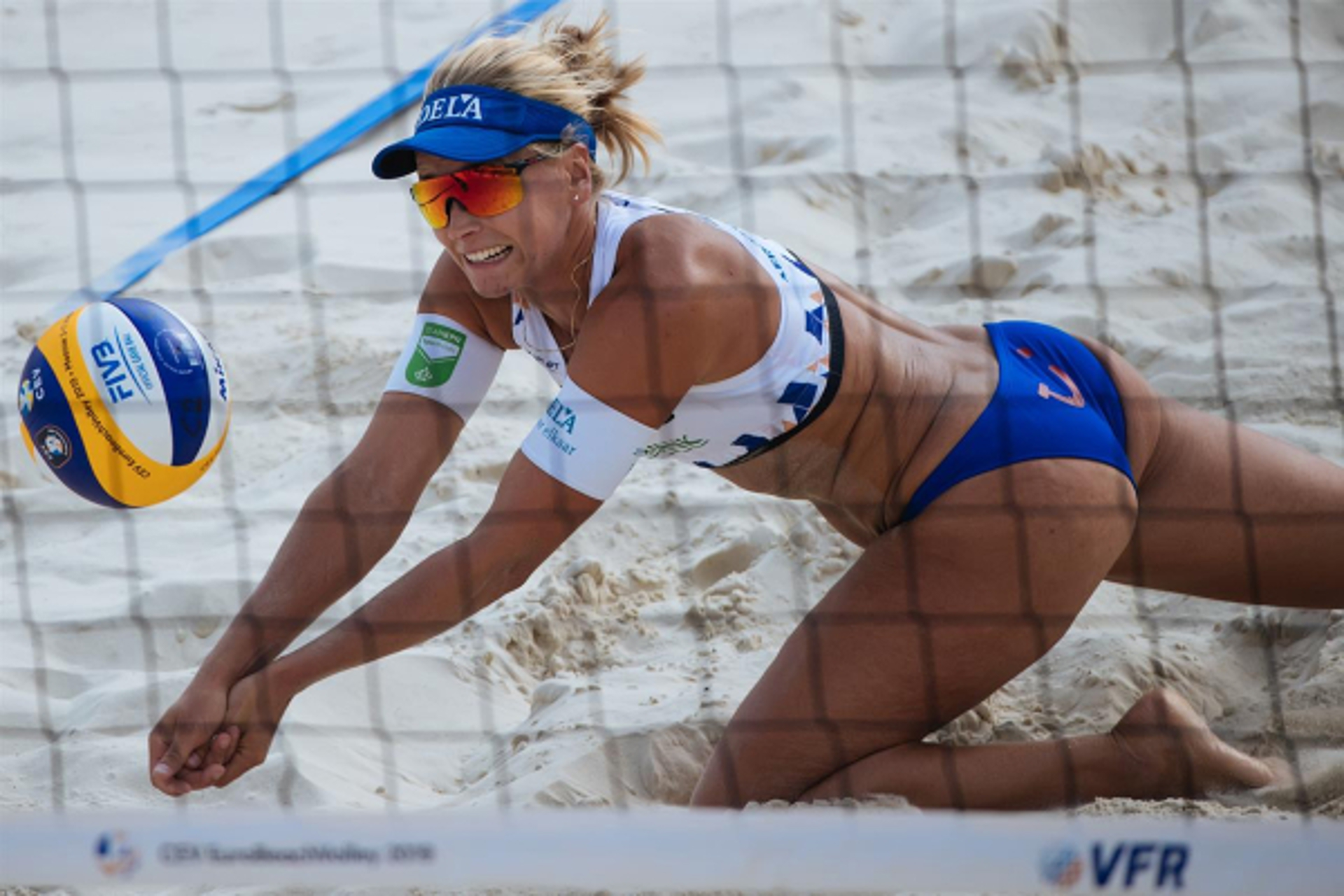 In the same group the German team Karla Borger/Julia Sude were able to show their best vs. host team Daria Rudykh/Ksenia Dabizha, but not without any fighting from the Russian team. For 49 minutes the spectators witnessed great rallies and fast-speed game, but Borger and Sude took the best out of the match by winning it 2-1 (21-19, 15-21, 16-14).

Our opponents are young and talented. We knew them, but we haven’t played against them before. Today’s match was intense, in the second set the Russian girls made it difficult to us with their good performance at service and this led to problems for us