Moscow ready to host the Beach Volleyball party of the year!

Moscow, Russia, August 1, 2019. Only a few days away from the opening matches coming up on Monday, a press conference took place in Moscow to promote the upcoming CEV EuroBeachVolley 2019 that will be taking place from August 5 to 11 at the iconic Luzhniki Sports Complex in the Russian capital. 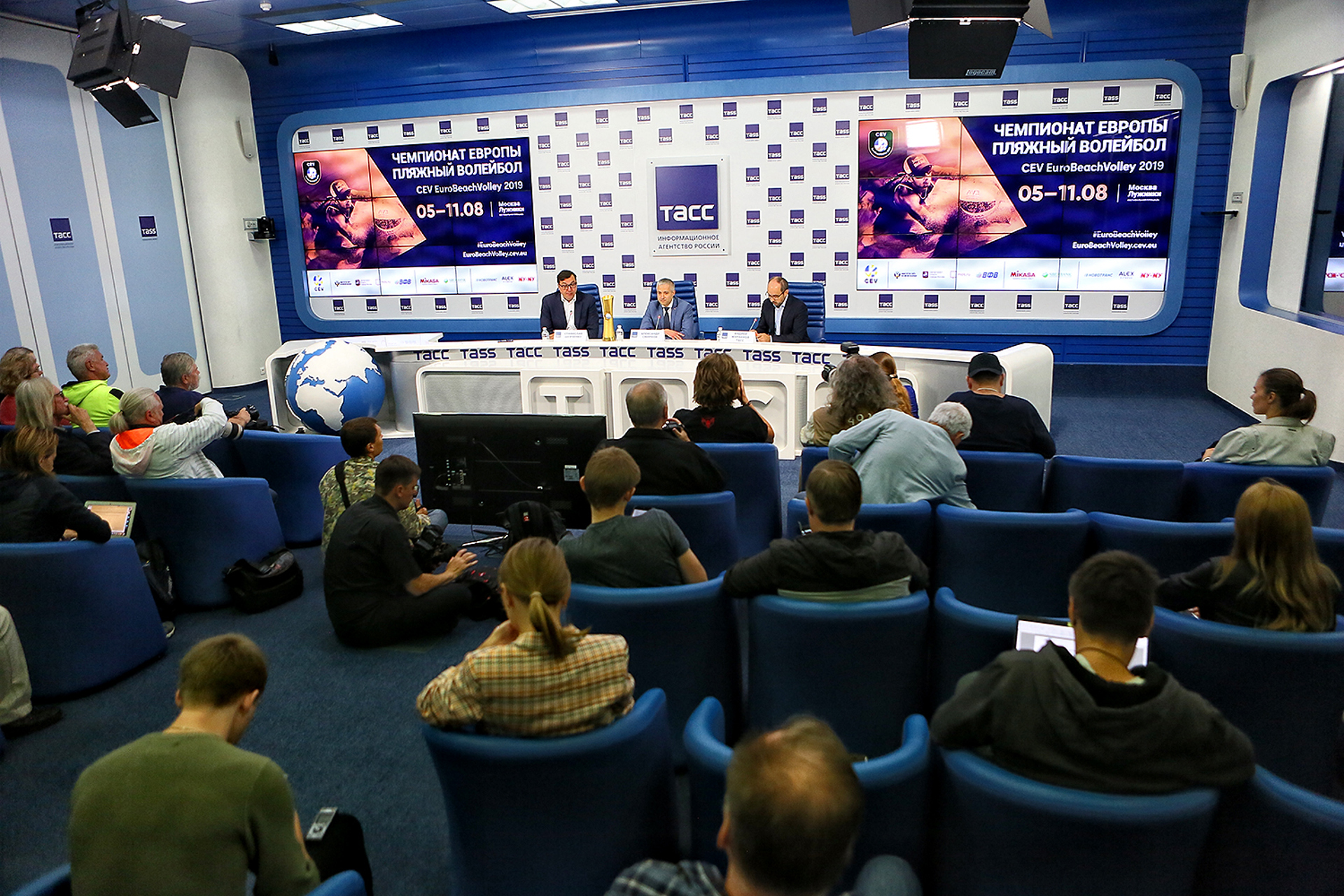 Stanislav Shevchenko, President of the Russian Volleyball Federation and CEV Vice President, addressed the media: “I want to invite everyone to attend the matches of the upcoming EuroBeachVolley 2019.  The main continental tournament will be taking place in Moscow for the second time – and for the third time in Russia.  Our teams are approaching this event in a good mood.  Viacheslav Krasilnikov and Oleg Stoyanovskiy in early July for the first time in our history claimed the World Championship title, and just a couple of weeks later Nadezda Makroguzova and Svetlana Kholomina were the winners of a 4-Star event in Portugal. We hope that the Russian teams will be able to progress as far as possible in the elimination round.  We expect a competition of the highest level, especially since at the World Championship earlier this summer European teams monopolised the men’s podium.” 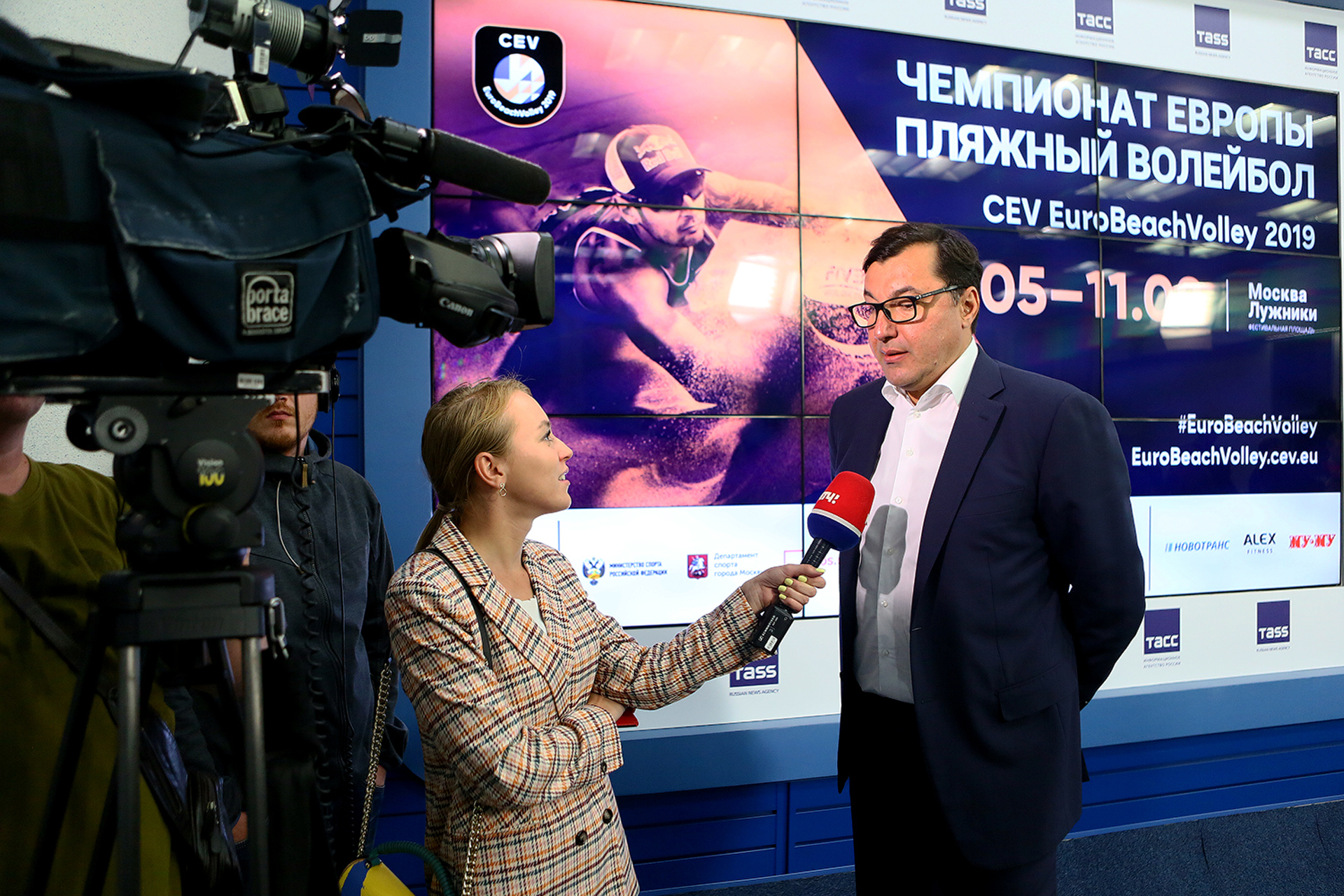 “Of course, the attendance at the title-deciding matches will greatly depend on the weather conditions,” he continued. “I hope they will be favourable to us.  In general, as far as we all managed to notice, the Beach Volleyball audience consists of younger people than in the classic version of the game.”