Latvia and Poland to clash for #EuroBeachVolley gold

Moscow, Russia, August 10, 2019. Yet another day in Moscow started with heavy rainfall, but that did not make any changes to the set schedule. Tina Graudina/Anastasija Kravcenoka (LAT) and Kinga Wojtasik/Katarzyna Kociolek (POL) eventually had nothing to complain about as they booked a ticket for the final, scheduled for 19:45 local time on Saturday afternoon. Both teams already met in the pool stage, as the Latvian side was victorious in Pool D 2-0 (24-22, 21-18). The Bronze medal match will be decided between Spain and Switzerland.

The Spaniards Liliana Fernández Steiner/Elsa Baquerizo McMillan went into the final as slight favourites, being the more experienced pair with a fourth place finish from last year's edition of #EuroBeachVolley. The weights, however, soon shifted to the Latvian side, even though no clear dominance could be seen for either of the teams as the rallies were short and the team that could use the weather conditions to their benefit scored the most points. Liliana and Elsa even managed three aces, while their opponents only had one. 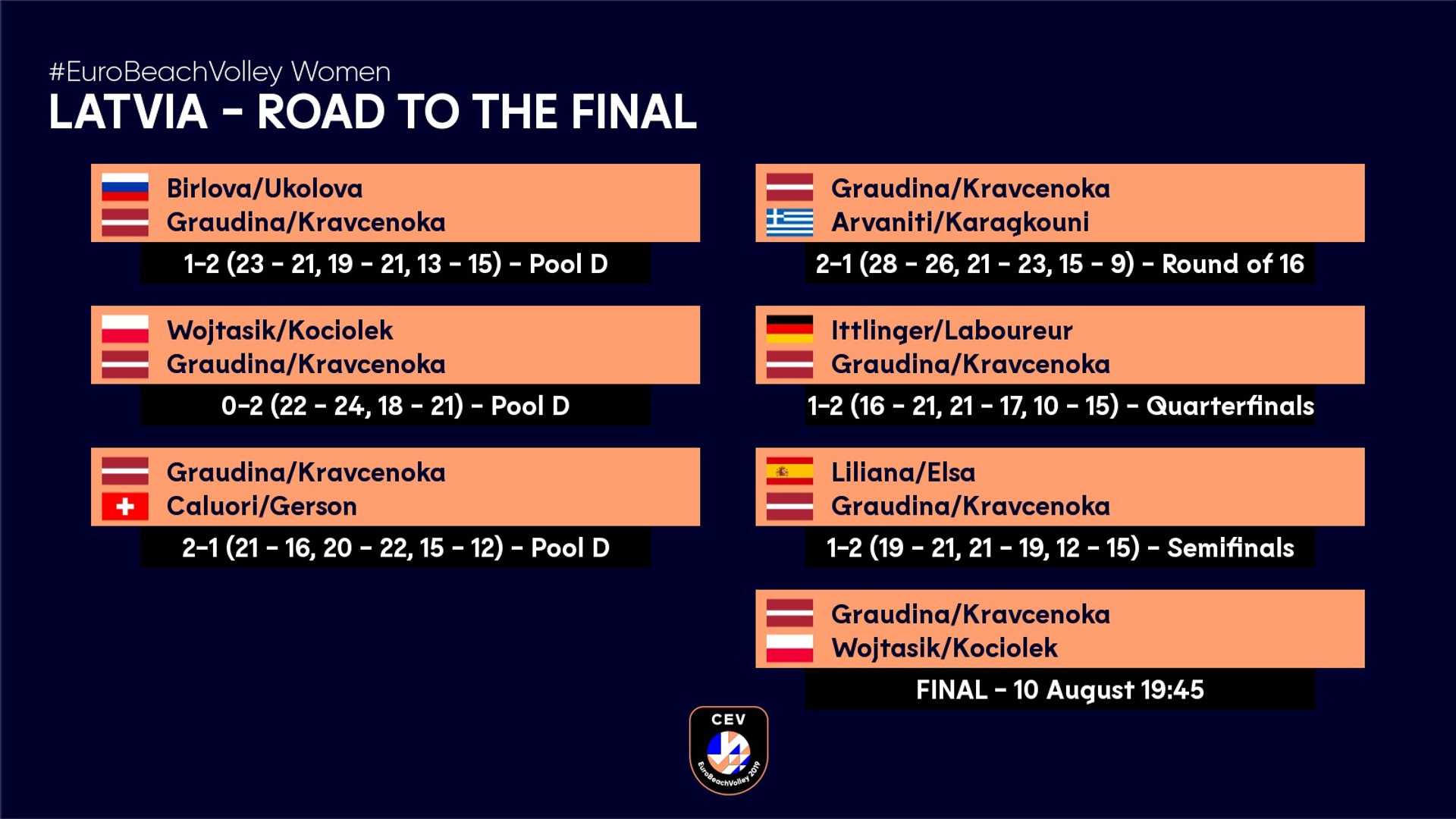 "This is already the best tournament for us," Tina said after the match, "Obviously you can complain about the rain, the cold but, if you win, it automatically becomes the best tournament." The Latvian age-group queens, silver medalists from last year's #EuroBeachVolleyU22 are now re-writing history for their country as it has been exactly 10 years since the first and only medal for Latvia at the European Championship - Inese Jursone/Inguna Minusa claimed gold in another Russian city - Sochi.

"It honestly feels like playing at home. All the Russian teams are out of the competition, so the local fans here are now cheering for us," the girls were thankful after the match.

The Polish-Swiss battle started of better for Annouk Vergé-Dépré and Joana Heidrich - they managed to use the opportunities and eventually claim the opening set. Then the Polish girls started using their emotions in their favour and playing with passion helped them take the lead and eventually the ticket to the finals. The third set already was completely dominated by Kinga and Katarzyna and their opponents could not put up a resistance - the last aces was just an icing on the Polish cake. 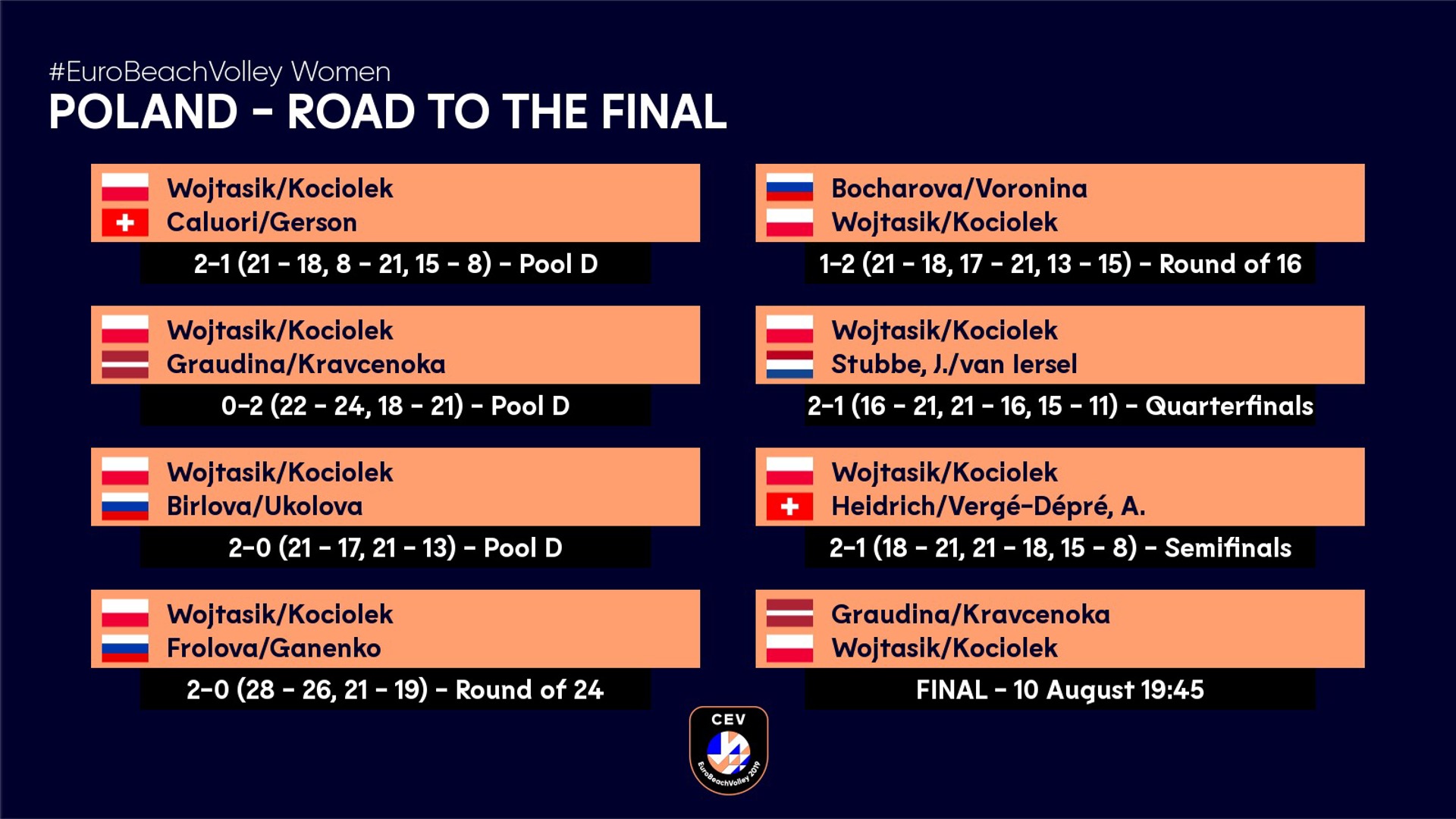 We lost the first set again, as it happened in previous matches here in Moscow, but we pushed in the end and we are so happy, because we didn’t stop in the moment when we were losing in the beginning of the tie break. We did it! The service was the key element especially in the tie break, they couldn’t take our side out and we are really happy that we will be going home with a medal! We will, of course, fight for the gold as well!