The Opening day of the Men’s #EuroBeachVolley featured exciting matches

Moscow, Russia, August 6, 2019. Top teams and high class Beach Volleyball – that’s what the fans who were attending the matches in the Men’s tournament in #EuroBeachVolley witnessed on Day 2. On Tuesday the first men's matches of were played with all the teams entering the battles on the courts highly motivated to show their best play. 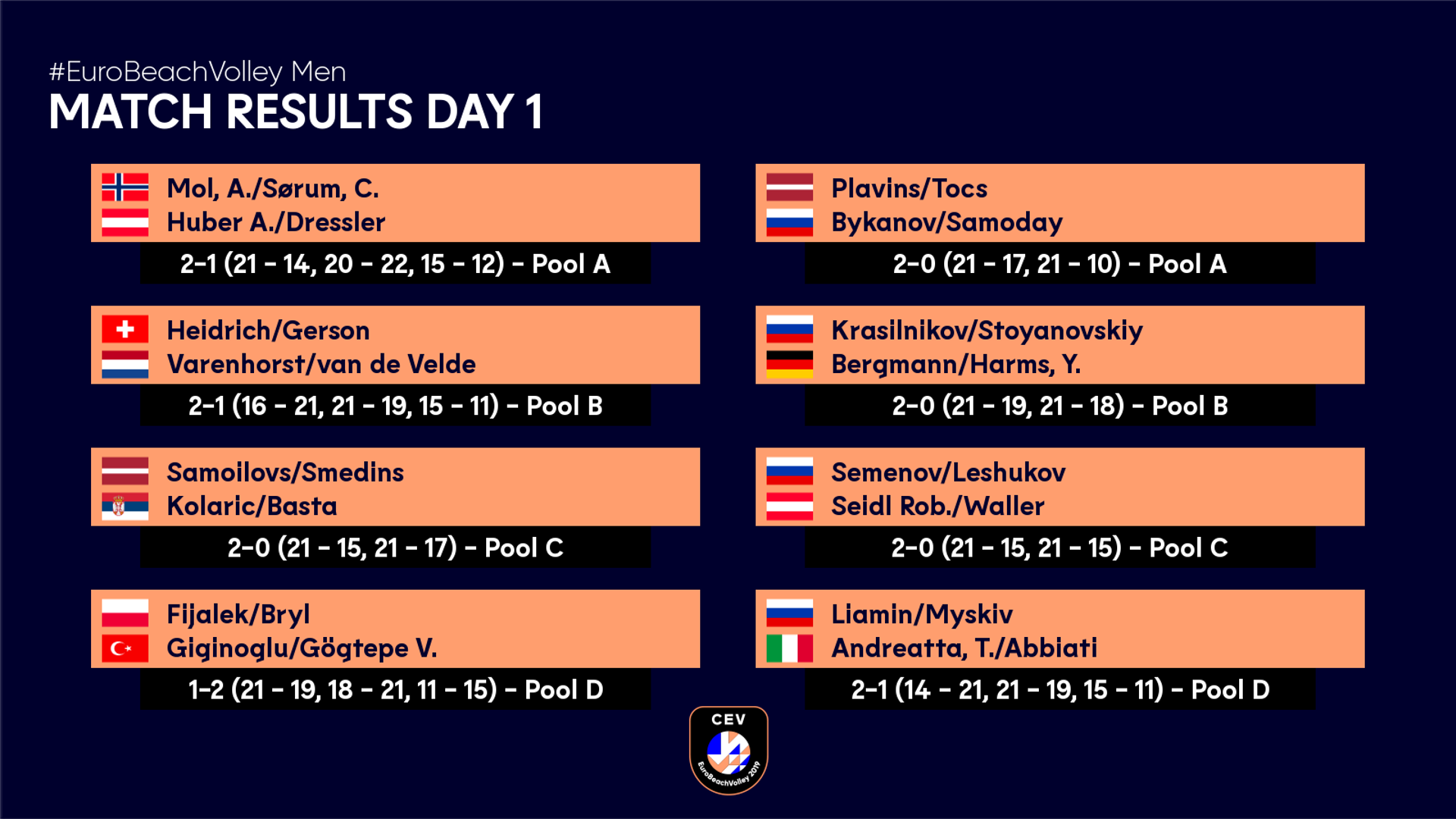 One of the top teams in the Men’s Beach Volleyball,  the Norwegians Anders Mol and Christian Sørum won their first game at #EuroBeachVolley, but acknowledged after the game vs. Alexander Huber and Christoph Dressler (AUT) in Pool A, that they are feeling a little bit tired after so many games played recently. However, Mol and Sørum were able to claim a 2-1 victory (21-14, 20-22, 15-12). The Norwegian team opened the match at 1-0 sets in their favor, but then the Austrians would show fighting spirit for equalising the result. The third deciding set became a real thriller with none of the teams being ready to easily give up, following each other’s in the result. After the win the Norwegians, who are also on a winning streak on the World Tour, stated that they just need a couple of games in Moscow to start things up and hope to go further in this tournament as well. 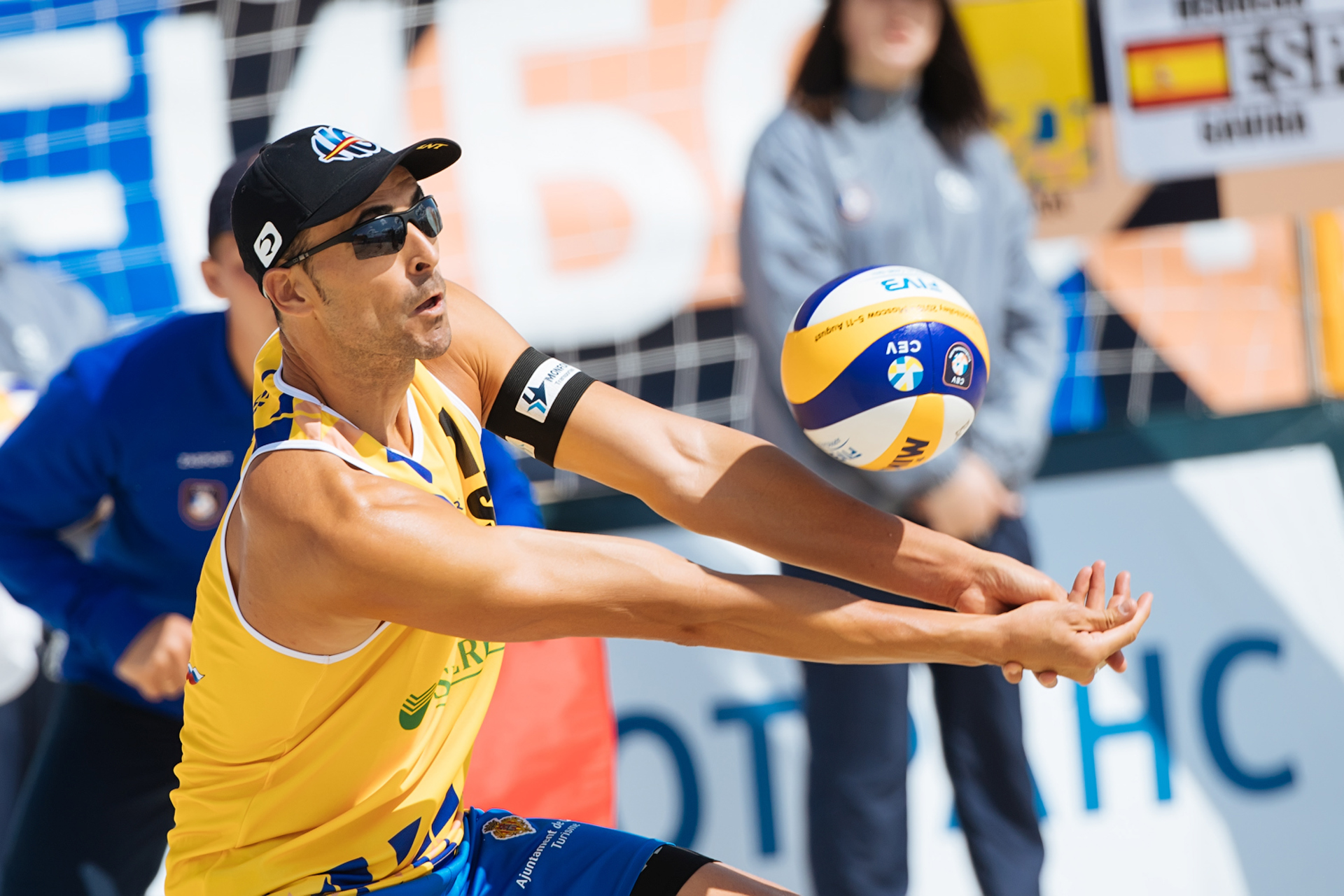 The Spanish stars from the duo Pablo Herrera/Adrián Gavira had no big problems at the opening day of the Men’s tournament in Pool F as they outclassed at the Swiss boys Nico Beeler/Marco Krattiger at 2-0 (22-20, 21-18). Although they were close to losing the first set (19-20), Herrera and Gavira could save the set point and eventually turn things in their favor.  Up until the 13th point of the second set the Beach Volleyball fans would enjoy some “racing” into the result as Beeler and Krattiger were leading, but then Herrera/Gavira took the initiative and claimed this set as well.

"We knew that when preparing for this match - our opponents are a tough team. The key moment for us was the comeback in the final of the first set. The scenario was repeated in the second set, but I think that our attitude was the correct one and we would find our way to the win. We will go in this tournament match by match, but it is also true that every time when we come to a tournament, we want the maximum. This is a long tournament, with a great level of the players and joy of the fans." 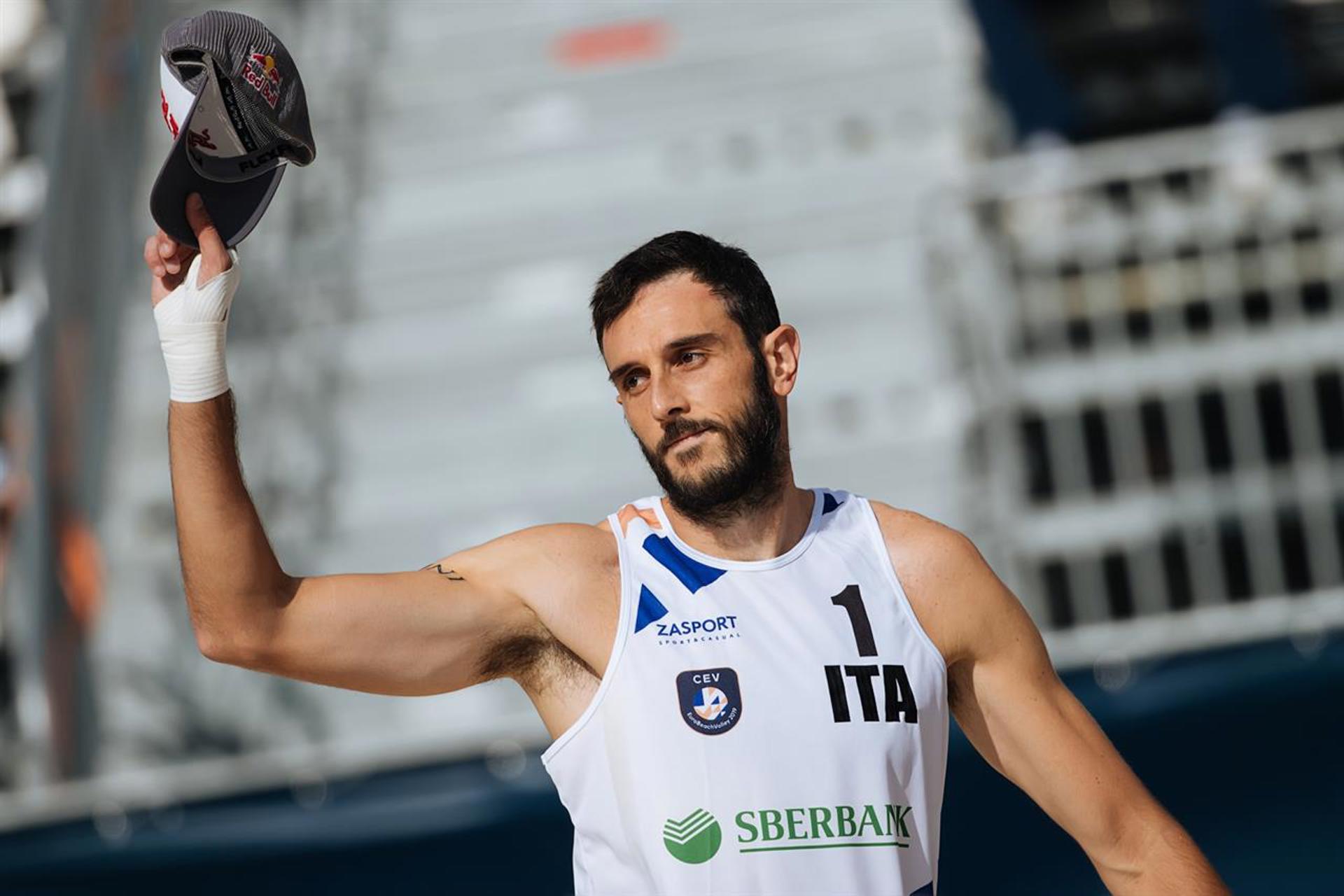 The three-times European champions – the Italian team Paolo Nicolai/Daniele Lupo, started on a positive note in Pool E after winning vs. hosts from Russia Sergey Gorbenko/Alexander Likholetov at 2-0 (21-16, 21-17). This was the perfect gift for the birthday boy as he and his teammate took this win, having the initiative during all the match: “Maybe we will wait for Sunday to have a birthday party,”, Nicolai joked with media after the win. “It is nice to spend your birthday this way, under the sky with my passion”. Both teams agreed that playing a first match is always difficult, additionally, if it is against a hosts team. “Of course, the experience helps a lot – we have been playing together for 10 years”.

The 2015 World Champions and Bronze medalists from Rio 2016 – Alexander Brouwer/ Robert Meeuwsen (NED) met on the court their well-known opponents Clemens Doppler/Alexander Horst (AUT). In this much anticipated first match for both sides in Pool E as well, the Dutch players could emerge victorious at 2-1 (16-21, 21-18, 15-12). 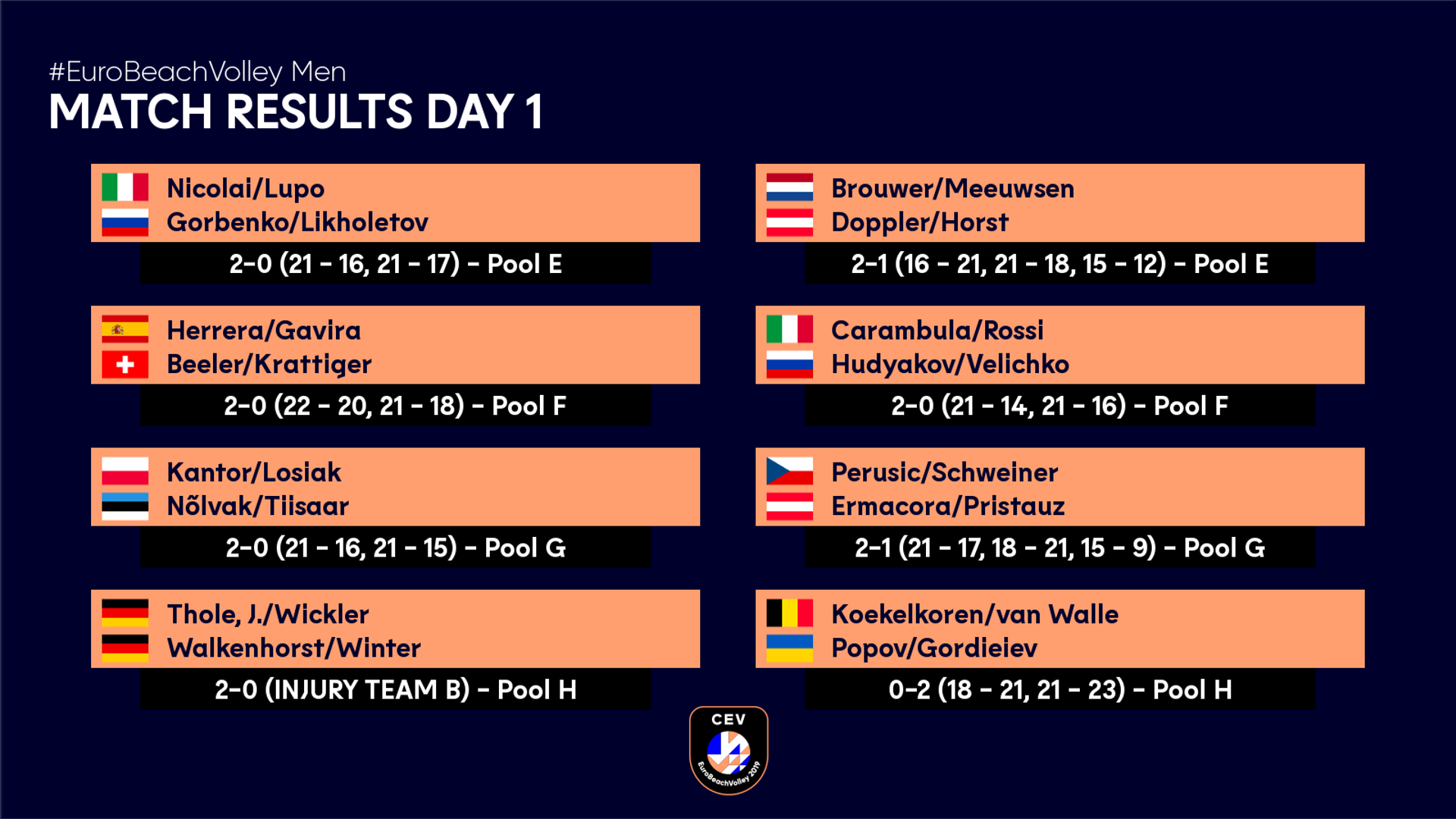 The Russian favorites and World Champions Oleg Stoyanovskiy/Viacheslav Krasilnikov played the German team Philipp Arne Bergmann/Yannick Harms and opened their campaign in Europe’s elite competition by striking a win in Pool B. The home stars won at 2-0 (21-19, 21-18). However, the result does not speak of the difficulty of the first set, as both sides were fighting for each point and to showed great Beach Volleyball. With the support of home crowds, the Russian boys would take this set and then took things under their control in the next one. 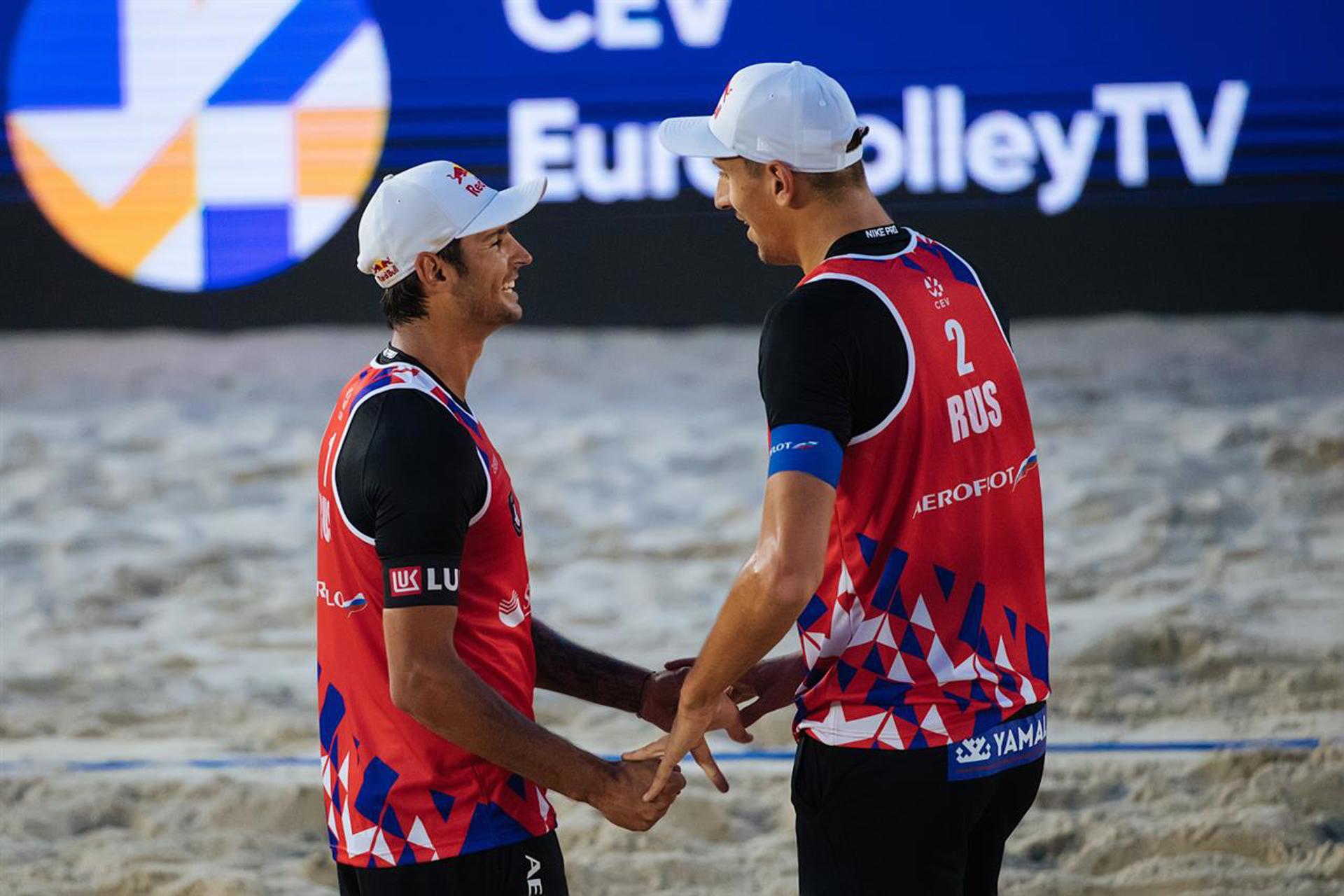 Stoyanovskiy and Krasilnikov got a lot of media attention after the final whistle of their matchup. “We can feel the pressure of the status of being World Champions.  We feel an additional responsibility.  But we try to stay concentrated on our game, just as we did before.  Nothing changed. This home tournament is especially important for us”, Stoyanovskiy stated.

"This is first tournament at home, with native fans. In the beginning of the match we needed to get used to the game, to the stadium, not everything worked out perfectly, but we knew what our task was and we achieved our first goal"

The last match of the program on the main court featured the battle between Konstantin Semenov/ Iliya Leshukov (RUS) and Robin Seidl/Philipp Waller (AUT). After the win of Stoyanovskiy/ Krasilnikov, the excited supporters kept on cheering up for the Russian team and it resulted on having the home representatives claiming another victory. Semenov and Leshukov outclassed their opponents at 2-0 (21-15, 21-17) in a match lasted 33 minutes.

Ilya Leshukov stated after the match that the pool they are in is a very good and strong one: “We should give our best in every game and I am sure that we will do so with the support from fans. We will try to to make them happy.  This is my second European Championship and I really like it.  The stadium, the location – everything is very nice”.

Konstantin Semenov, on the other hand commented the artificial lighting: “Playing with artificial lighting is not easy.  Light breaks on the ball, there are shadows.  For a split second you can lose the sight of the ball and lose some points. But we were able to complete the instructions and tactics of our coach and win.

Click here to visit the official website of the tournament and follow #EuroBeachVolley all over social media for the latest updates from Luzhniki stadium. The streaming of the matches will start from the quarter-finals and will be available on EuroVolley.TV.