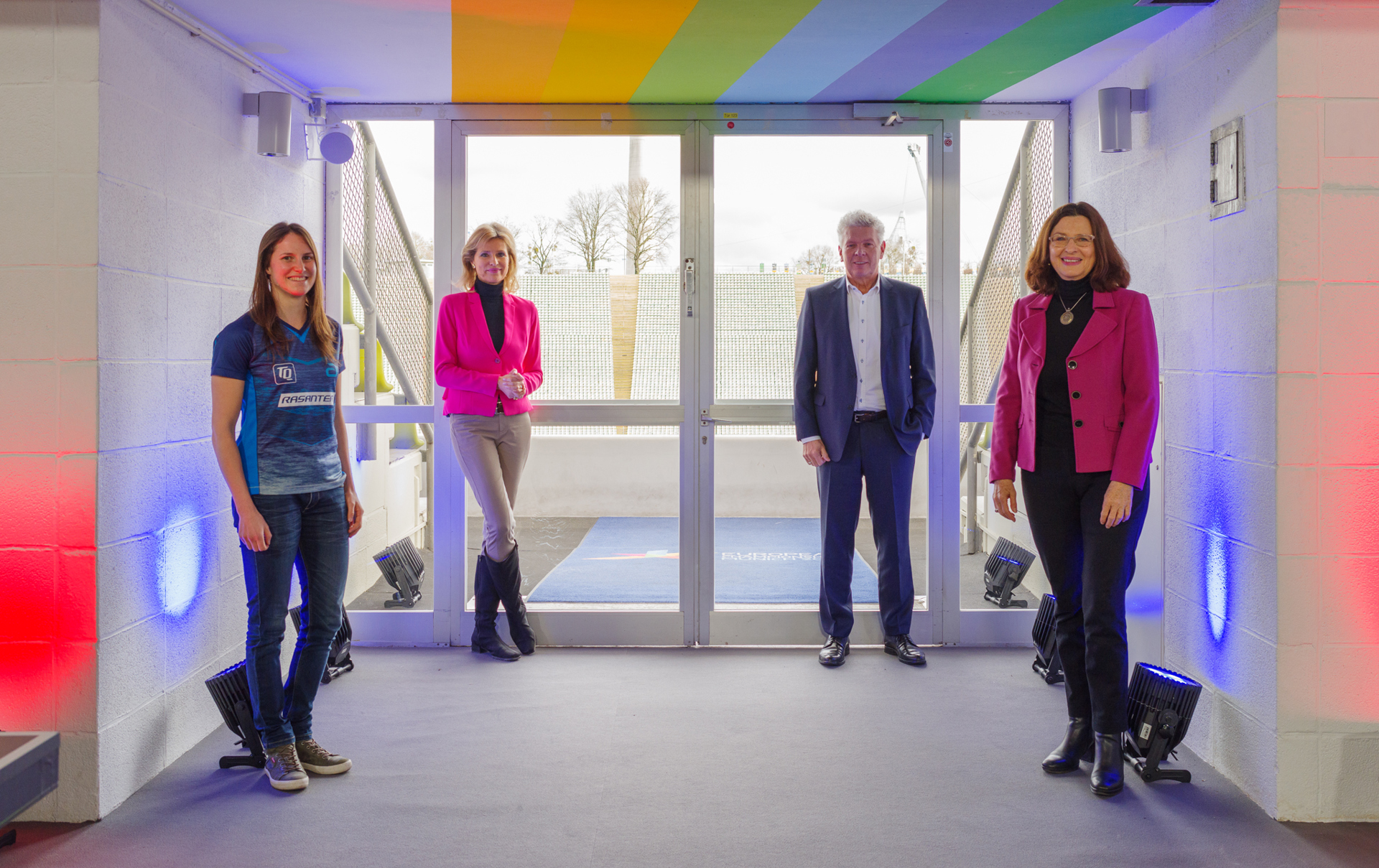 Munich, Germany, February 9, 2021. In August 2022, Munich will be hosting the largest sporting event since the 1972 Olympic Games. From August 11 to 21, around 4,400 athletes will compete for European Championships gold in nine sports, including Beach Volleyball, at the European Championships Munich 2022, thus giving the Olympic Park a more than worthy event in its golden anniversary year. Preparations for the second edition of the multi-sport event are in full swing. On Monday, the event concept was presented for the first time to the leaders from politics, sport, business, media, science, as well as culture and religion, who make up the Honorary Board.

8 February 2021 was a milestone in the run-up to the European Championships Munich 2022. Munich’s Lord Mayor Dieter Reiter and Marion Schöne, Managing Director of Olympiapark München GmbH, hosted the first meeting of the Honorary Board. Moderator Anouschka Horn led the virtual event and presented the vision and mission, the planning status and first facts and figures of the sporting event to board members. These include Stephan Mayer, Parliamentary State Secretary to the Federal Minister of the Interior, Building and Community, Dr Markus Söder, Minister President of the Free State of Bavaria, and Joachim Herrmann, Bavaria’s State Minister of the Interior, for Sport and Integration.

Complementing the founding vision of the European Championships ‚‘to create a must-watch, must-attend event that elevates the Champions of Europe‘, the vision of Munich 2022 is ‚‘to inspire, set new standards and leave a lasting legacy – for all participants, the city of Munich and future sporting events‘. The mission is ‚‘to unite extraordinary experiences and achievements under one roof. Munich 2022 stands for the unexpected, for incomparable moments and feelings of happiness that will be remembered.’

The concept of primarily using existing sports facilities and infrastructure with the Olympic Park as the centrepiece sets an example in terms of sustainability. The hopefully numerous visitors will benefit from the short distances between the venues and good public transport connections, which help to minimise the impact on the city and its surroundings as well. Up to 10,000 volunteers are expected to help make the event a success.

The political representatives were enthusiastic about the concept and ideas of the multi-sport event.

The Parliamentary State Secretary to the Federal Minister of the Interior, Building and Community, Stephan Mayer says: “The European Championships 2022 in the summer of next year will not only be a wonderful event to honour the 50th anniversary of the Munich Olympic Games. European championships in nine sports together in one city: the prospect of such a celebration of athletes and spectators coming together is incredibly important, especially in the difficult times currently facing our society. Today it became very clear that all stakeholders from sport, politics and society will work together to support the European Championships 2022.”

Joachim Herrmann, Bavaria’s State Minister of the Interior, Sports and Integration, says, “I am very much looking forward to this international sports festival, to exciting competitions and full stadiums. It is a great thing for Munich to host once again a major sporting event on the 50th anniversary of the Olympic Games – and in the time-honoured Olympic Park to boot. This is not only the chance to present Germany as a sport-loving and hospitable country, but hopefully also an opportunity to present the sport in full bloom again after the pandemic and to revive the enthusiasm among the spectators.” 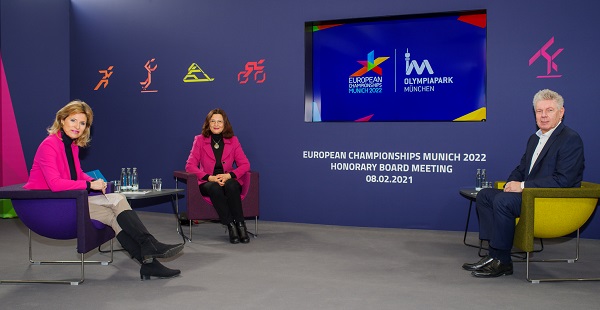 Munich's Lord Mayor Dieter Reiter joins in: “The European Championships 2022 are the highlight in the year of the golden jubilee of the 1972 Olympic Games and prove once again that the sustainability of Olympic sports venues can work. The organisation of the event is already in full swing and promises unique sporting moments. I would like to thank the members of the Honorary Board for their broad support from the most diverse sectors of our society and I am delighted about their willingness to contribute to the success of this outstanding major sporting event in the state capital of Munich.”

Horst Seehofer, Federal Minister of the Interior, Building and Community, is also part of the Honorary Board, which was set up by the organising committee to advance the Munich 2022 project with the support and commitment of high-ranking representatives from the fields of politics, sport, business, media, science, culture and religion.

Sport is represented by the presidents of the participating German sports associations as well as Kristina Vogel, double Olympic champion in track cycling, and Fabian Hambüchen, Olympic champion in gymnastics. Members of the board are also the CEOs of leading Munich business enterprises, representatives of the public broadcasters, the presidents of the Ludwig Maximilian University and the Technical University of Munich. Other members are Prof Dr Susanne Keuchel, President of the German Cultural Council, Cardinal Reinhard Marx, Archbishop of Munich and Freising, Susanne Breit-Kessler, former Senior Church Councillor in Bavaria, retired Regional Bishop and Charlotte Knobloch, President of the Jewish Community of Munich and Upper Bavaria, representing the economic, media, scientific, cultural and religious sectors.

The 45 board members from different departments also reflect the multifaceted nature of the European Championships 2022: in August 2022, Europe’s best athletes will compete for gold, silver and bronze in 158 medal events in the sports of athletics, beach volleyball, canoe sprint, cycling, gymnastics, rowing, sport climbing, table tennis and triathlon. In addition, “The Roofs - Cultural Festival of Munich 2022” will accompany the European Championships with a mix of music, culture, art, food and much more.

Marion Schöne, Managing Director of Olympiapark München GmbH and host of the event, was completely satisfied with the first meeting of the Honorary Board: “We are delighted that we were able to convince the participants with our concept. The united support from the different areas makes us confident that we will succeed in realising our vision and mission and we will celebrate a successful European Championships 2022 in Munich.”