The paths of Latvia’s Tina Graudina/Anastasija Kravcenoka and Sweden’s David Åhman/Jonatan Hellvig to the top of the podium of the 2022 CEV EuroBeachVolley were different, but the image of them crowned as the new European beach volleyball champions sent an equally strong message to the international scene of the sport. 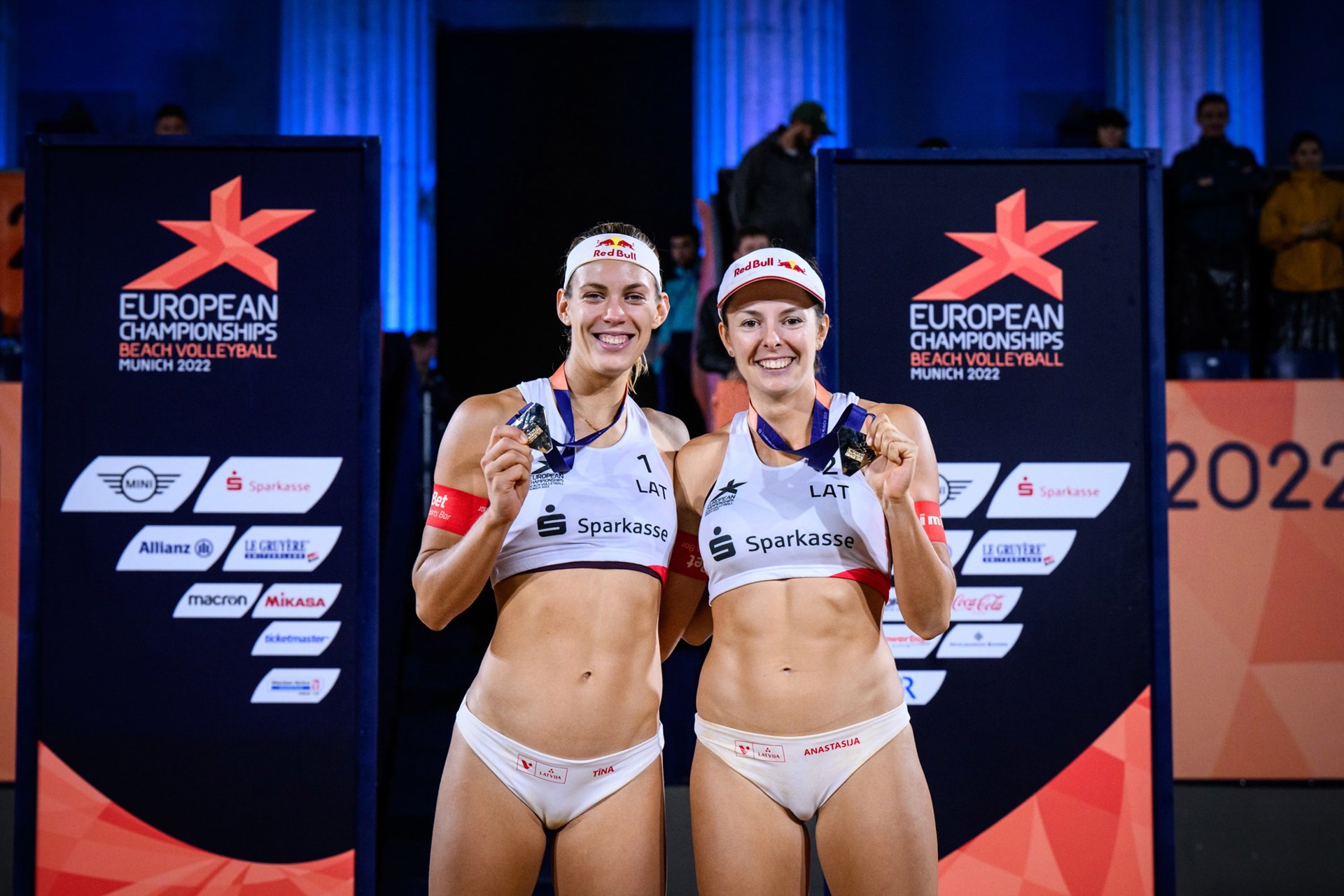 Although the two teams are in different stages of their careers and entered the tournament with distinct levels of pressure and expectations, their victories can be seen, in their own ways, as confirmation that they belong among the elite of the sport.

Graudina, 24, and Kravcenoka, 25, had been at the top of the continent before, in 2019, when they won that year’s EuroBeachVolley. The Latvians have been considered one of the top teams in the world since then, but, even for them, it felt like a follow-up victory was needed to earn genuine respect as part of the elite of the sport. 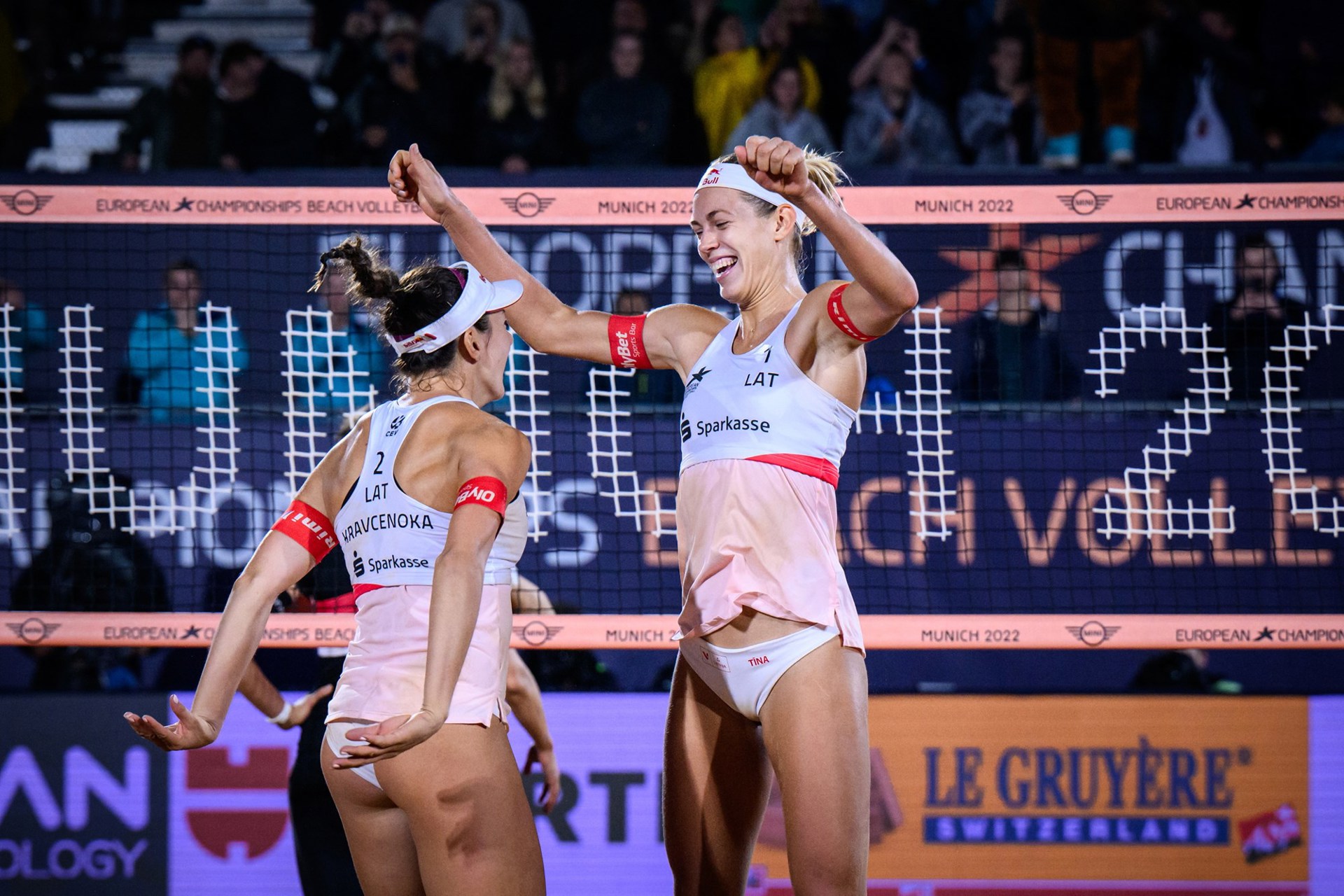 The Latvians celebrate a point during the gold medal match

They’ve been chasing that elusive second major victory for the last three years and the 2021 season was, even if vastly successful, somewhat disappointing in that regard. Graudina and Kravcenoka made it to the semifinals of four of the most important events of the season (the Tokyo Olympics, the EuroBeachVolley and two big tournaments of the FIVB World Tour) but in each of them, they had to settle for fourth, missing out the medal, the podium photo and the opportunity of being recognized as what they really were.

The 2022 season started in a promising way, with a second-place finish in the Volleyball World Beach Pro Tour. In June, however, the Latvians had a tough blow with a frustrating 13th-place finish at the World Championship in Rome.

The EuroBeachVolley would, then, be their next opportunity and they wouldn’t let it escape this time. It was very clear since day one that Graudina and Kravcenoka would be fighting for gold on Saturday and their campaign of six wins in six matches and just one set lost left no doubts that they were, indeed, the best team in the tournament.

Even when they had their only difficult moment in the campaign, the defeat in the opening set of the gold medal match against defending champions Nina Brunner and Tanja Hüberli of Switzerland, who had eliminated them from the World Championship two months ago, the two were still extremely positive.

“We said there is nothing to lose, and we have to bring the intensity. Switzerland is such a good team that if you don’t show something in return to them, they will beat us up. We knew we had to rise to the challenge.”

For Åhman and Hellvig, it was a different, yet somewhat similar matter. The 20-year-old Swedish are just starting their international careers, but given their unprecedented success in youth tournaments, they entered the senior level surrounded by very high expectations.

Beach volleyball athletes and fans from around the world were all eager to know how the wonderkids that won U18, U20 and U22 European titles, a U21 world title and the Youth Olympics in a span of four years would do when they faced the elite of the sport. 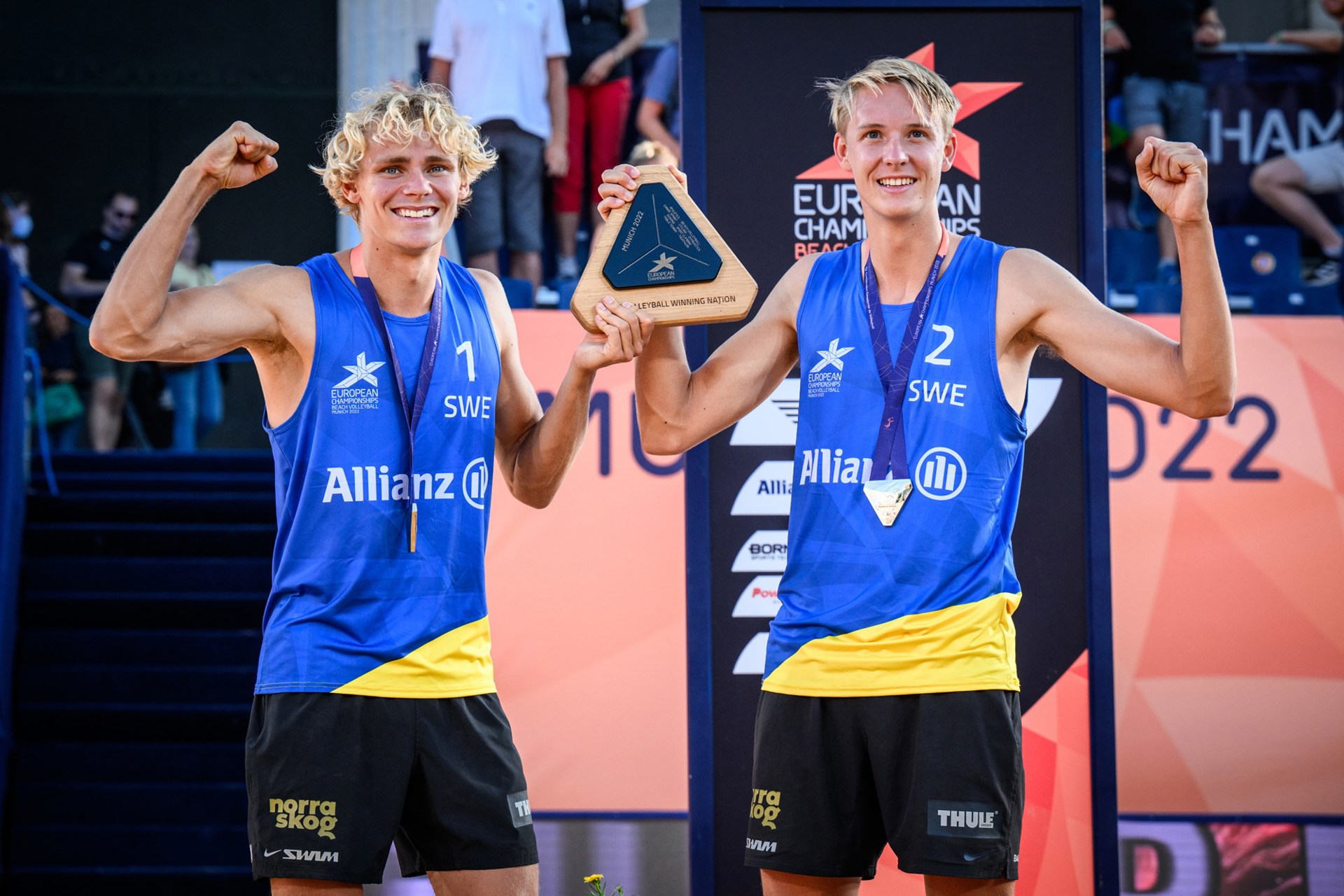 As with the Latvians, the Swedish probably also feel like they could have achieved the biggest success of their careers a little bit earlier. Last year, they were really close to competing at the EuroBeachVolley but came up just a few entry points short. This year, they qualified for the World Championship but were forced to watch from the outside as well after Hellvig broke a bone in his hand. 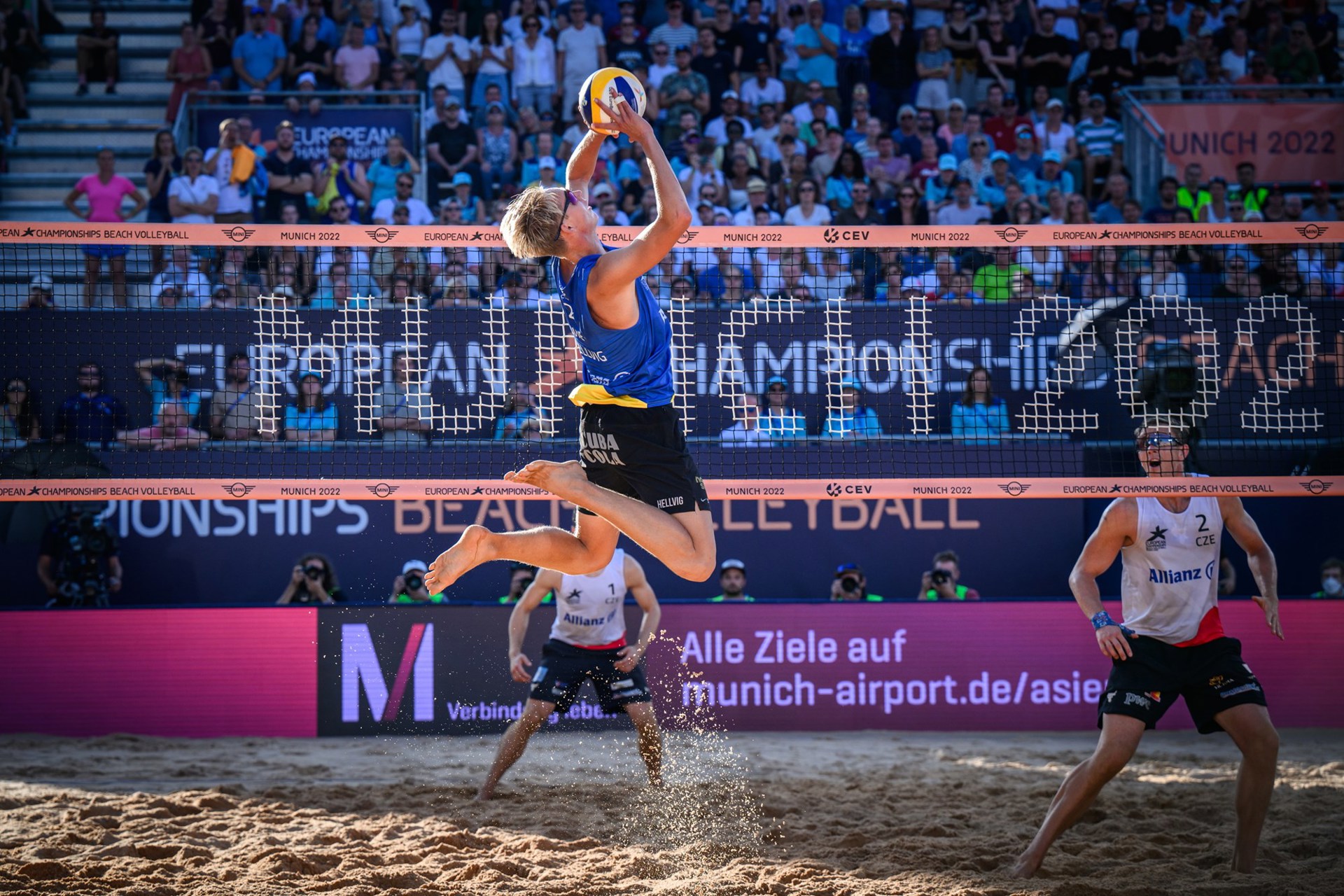 The Swedish used their unique playing style to dominate the tournament

They had shown signs that they were ready to cause a scene at the EuroBeachVolley earlier this season, when they won a beach Pro Tour Challenge event in Türkiye, and their excellent campaign in Munich, which included a semifinal win over four-time defending European champions and reigning Olympic and world champions Anders Mol and Christian Sørum, just confirmed how strong they are as a team.

The message is, now, very clear – Graudina/Kravcenoka and Åhman/Hellvig are here to stay!