What is "Modified Pool Play"?

Modified pool play is a competition format applied only for groups of 4 teams and aimed at increasing the value of each match with a direct result not affected by the results of other matches in the pool.

The format is played in 2 rounds: In the first round the top seeded team plays the lowest seeded pair in the group, while the second and third teams meet each other.

In the 2nd round: the winners of Round 1 matches face each other to decide who tops the pool and who comes 2nd, while the losers of the first two matches also face up to decide who finishes 3rd and 4th respectively. 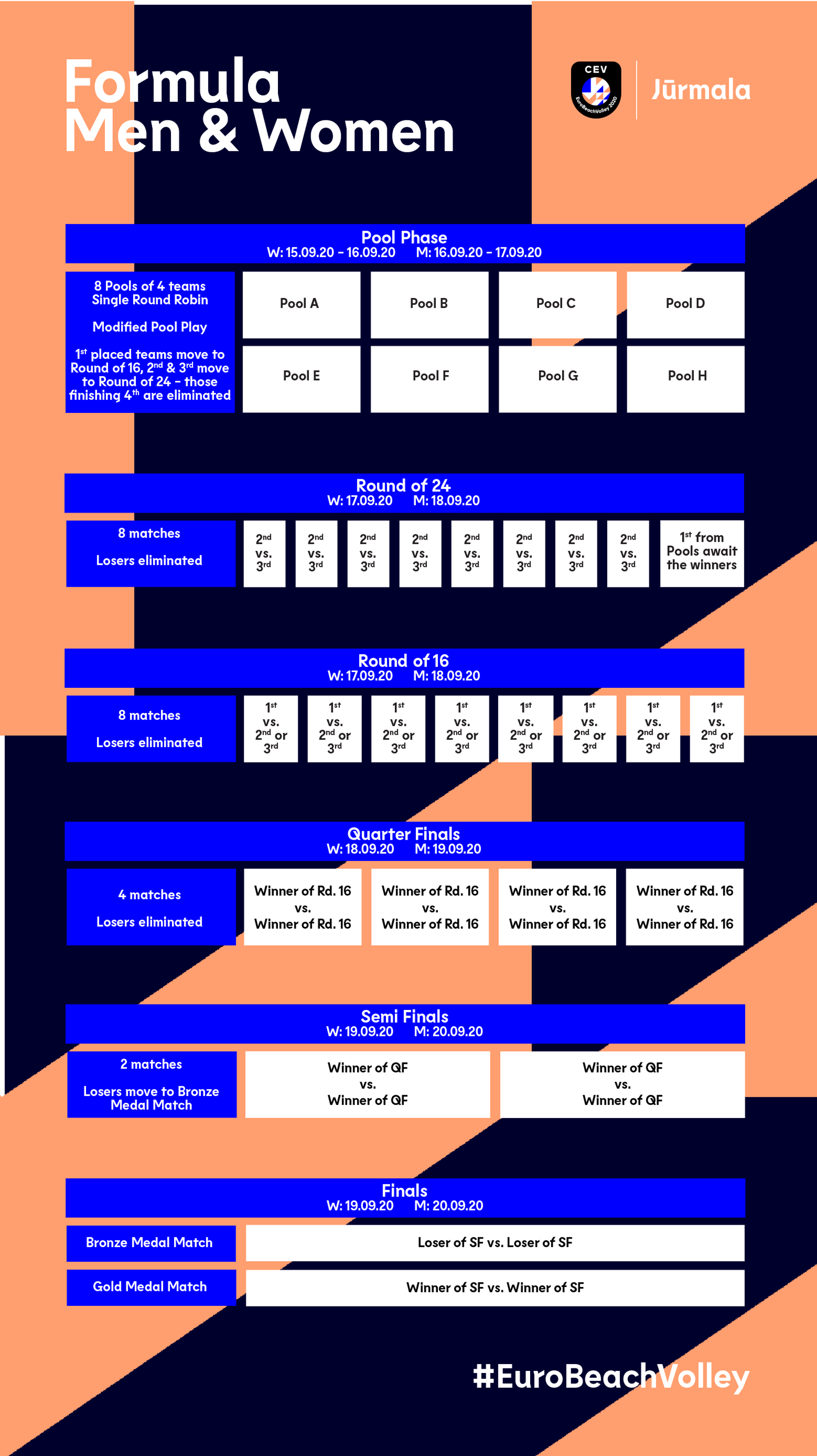