Moscow, Russia, August 5, 2019. The 2019 edition of #EuroBeachVolley has started with rain and freezing temperatures at the Luzhniki stadium, but that did not stop the true Beach Volleyball fans from coming to see the opening ceremony with the concert of the local stars the band Burito and the first wins by Mariia Bocharova/Maria Voronina and Martina Bonnerová/Martina Maixnerova. 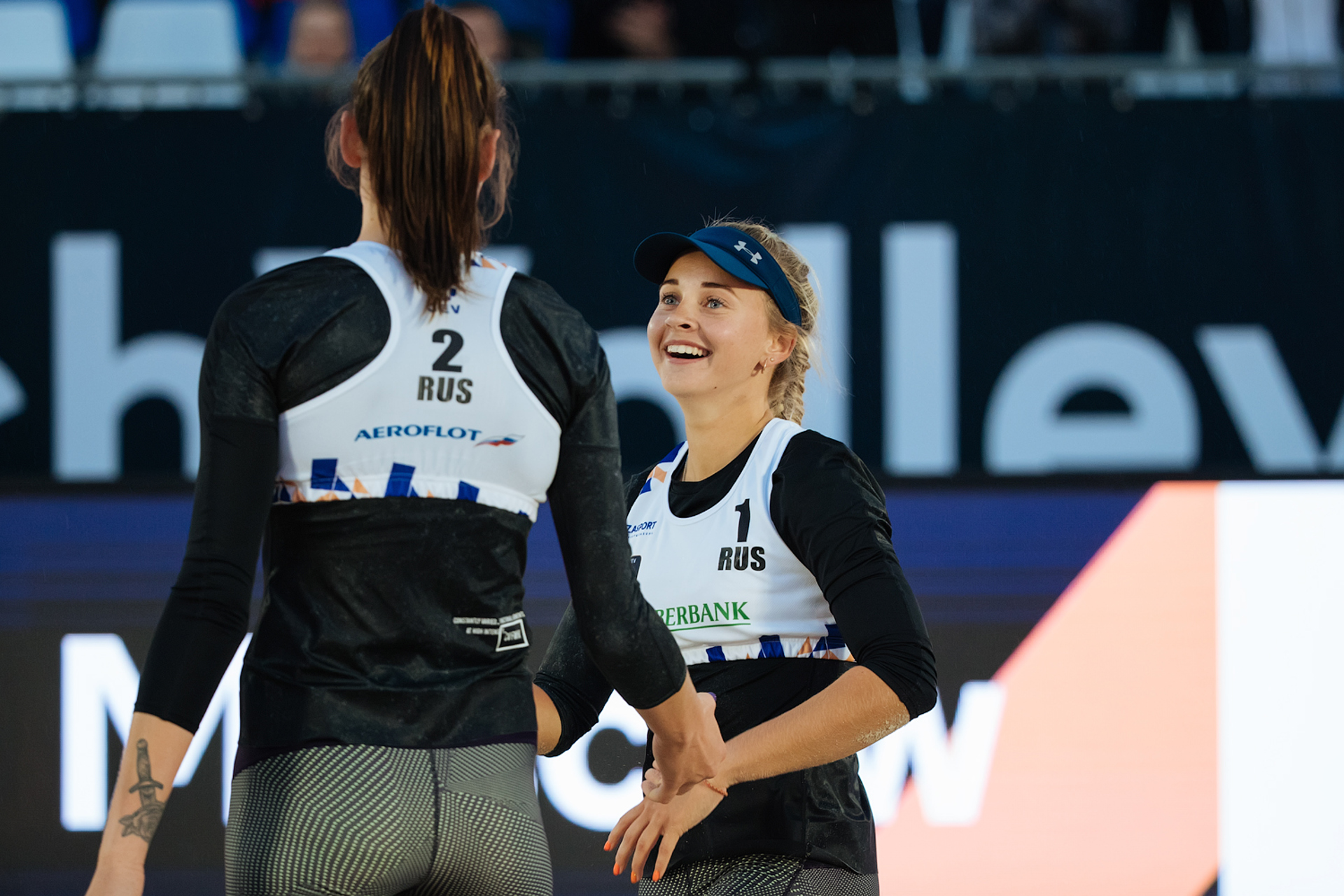 All smiles for the winning team Bocharova/Voronina

The first match of the day and of the championship was between the Russian wunderkinds Mariia Bocharova/Maria Voronina and the Austrians Katharina Schützenhöfer/Lena Plesiutschnig. It was the second time both teams met and the home stars managed to take revenge for the loss at the qualification round in Xiamen 4-Star World Tour event with a solid 2-0 (21-16, 21-18) win.

After the match the young stars were greeted by a huge crowd of home journalists - a first experience of such kind for them as most of their titles have been earned overseas. The warriors, who the fans saw on court, had suddenly disappeared and the girls became shy teenagers, but finally opened up and laughed, when asked about their ambitions at #EuroBeachVolley.

"We have not set any goals for this tournament." said the 19-year old Voronina. Then she was interrupted by her partner, the 17-year old Bocharova: "We would like to get medals in a senior tournament."

The youngsters were apparently happy and thankful for the support they were getting from the crowd and emphasized that is absolutely amazing to play such an important tournament at home.

To be honest, the weather conditions were hard today. We have not played in such cold weather for a long time. When it rains, the ball becomes heavy. But today it did not stop us. I think, it is a good start

The second match was already played under the artificial lighting and was a three-setter battle, where Martina Bonnerová/Martina Maixnerova of Czech Republic upset and overcame Victoria Faye Kjølberg/Ane Guro Tveit Hjortland of Norway 2-1 (17-21, 21-18, 15-10).

The Czech duo of Martinas admitted that it was not an easy match. "The match was very difficult, because it was very cold and raining. To play on the centre court in the dark was not easy. It did not seem we would win this match, we were even behind in the second set, but we managed to win and we are very happy," Bonnerova commented after the match. 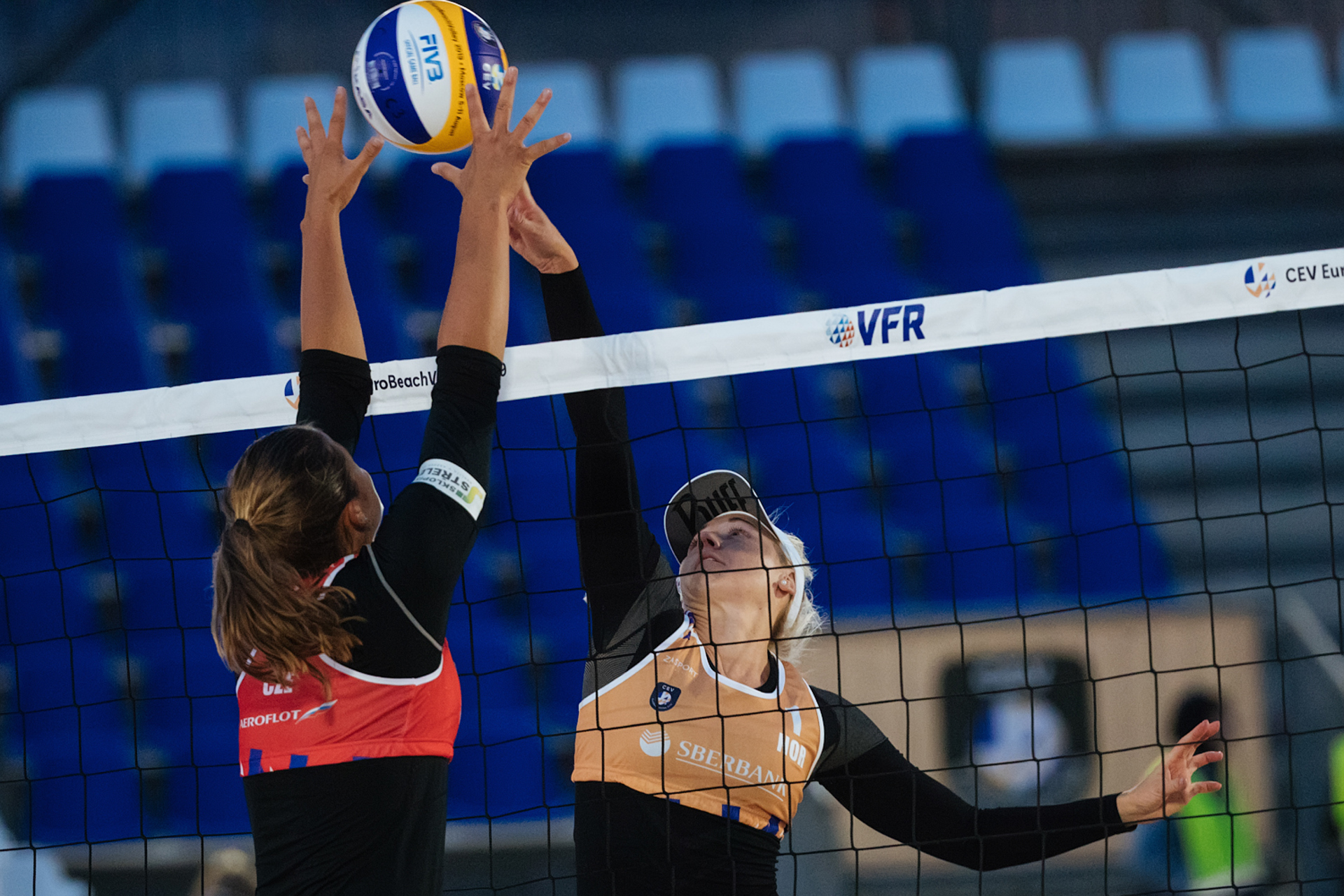 Net action at the Czech-Norwegian battle

Despite the loss Kjølberg/Hjortland are excited to be in Moscow for #EuroBeachVolley - they stepped in last minute to replace Sanne Keize/Madelein Meppelink. "We were actually in the 1-Star tournament in Ljubljana, when we found out we would be coming to the tournament. We were just walking to our match and the news gave us such a good boost in Ljublana. We want to fight well with every team we meet here," Victoria explained.

Check out the photos!